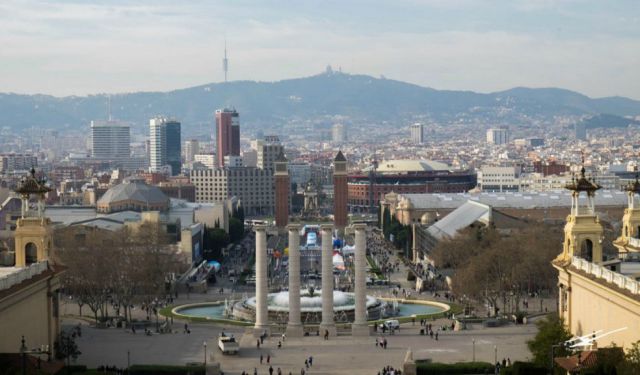 Things to Do in Montjuïc, Barcelona, Spain (B)

Southwest of Barcelona, the hills of Montjuïc have seen the development of the city from its origins, and has been also an important part of that story. From top of the hill, one can take a look from one side to Barcelona, and the Mediterranean Sea from the other side. As a kid, it was a popular school trip to visit the museums and go picnic. Visiting all the museums in one day is an impossible task, better to select a few of your interest. Here’s a selection of places to see and visit in a walk from top of Monjtuïc to the base, at Plaça d’Espanya.

Considering Plaça d’Espanya as starting point, to go to Montjuïc castle, take the bus line 150. For a more scenic view, start at the cable car station Telefèric de Montjuïc. From there, you can enjoy the panoramic views of Barcelona for less than €12 with a return ticket, all the way up to the castle, the first stop of the day. You can also check the video versionon my Youtube channel.

The first frotress, was built in 1640, and just one year later, the battle of Montjuic took place, against Spanish troops. It changed between Spanish and Catalan sides several times until Catalan final lost in 1714. During the 18th century, part of the original fortress was taken down and rebuilt as a more modern fortification. From then on, it became a fortress against its own city, commanded by Spanish troops, the city of Barcelona was bombarded from the castle, and used as a prison and torture centre for political charges for the last three centuries. One of the most important being the execution during the Spanish civil War of the catalan president Lluís Companys in 1940. Nowadays, its a centre for interpretation of history and museum, becoming a more pleasant and quiet fortress for the city. ...... (follow the instructions below for accessing the rest of this article).
This article is featured in the app "GPSmyCity: Walks in 1K+ Cities" on iTunes App Store and Google Play. You can download the app to your mobile device to read the article offline and create a self-guided walking tour to visit the attractions featured in this article. The app turns your mobile device into a personal tour guide and it works offline, so no data plan is needed when traveling abroad.