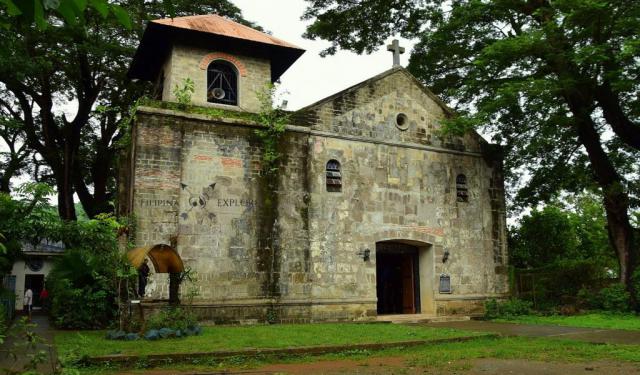 Things You Can Do in Antipolo Besides Hinulugang Taktak, Antipolo, Philippines (B)

Mention Antipolo and the first thing that comes to mind is Hinulugang Taktak. Considered a National Park and National Historic Shrine, this waterfall in Taktak Road has long been Antipolo's most famous destination.

As an emerging food and leisure destination though, there are other adventures awaiting in this city in Rizal. And the best part is, it's only one to two hours away from Manila!

Tucked in the quiet community of Barrio Boso-Boso, Nuestra Senora de la Annunciata Parish Church - also known as Boso-Boso Church - is a 16th-century mission church built by the Franciscans. Fashioned in old brick and stone, Boso-Boso Church might not have the grandeur of its more famous counterparts like the churches in Lumban and Pakil, but its charm lies in its history.

Devastated by an 1880 earthquake and burned down by the Japanese during World War II, much of the church remained in ruins until the Camillian order took over in 1986. Only a part of the facade is in its original state. ...... (follow the instructions below for accessing the rest of this article).
This article is featured in the app "GPSmyCity: Walks in 1K+ Cities" on iTunes App Store and Google Play. You can download the app to your mobile device to read the article offline and create a self-guided walking tour to visit the attractions featured in this article. The app turns your mobile device into a personal tour guide and it works offline, so no data plan is needed when traveling abroad.