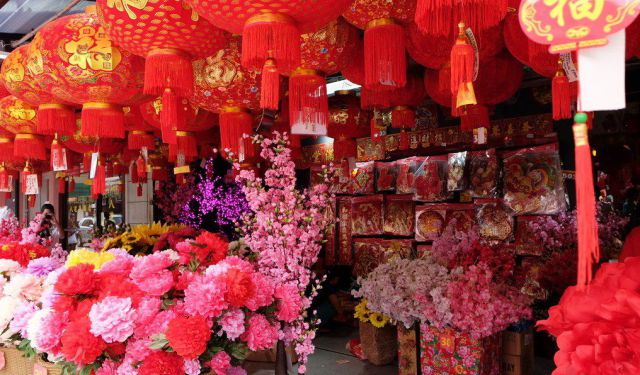 As of 28 January 2017, the world welcomed the Year of the Fire Rooster; the first day of the Lunar New Year which will last until 15 February 2018. Chinese New Year is also called the Spring Festival in China, and new year celebrations begin on the eve of the festival until the 15th day of the first lunar calendar month.

Chinese New Year festivities are merry (and loud too haha): lots of eating and drinking, lion dance performances, and giving and receiving ang pow or lai see (red packets). The red packets always contain money and are given, most commonly, from older folks to children as Chinese New Year gifts. Also, it is a Chinese custom – as far as I’m aware, at least in Malaysia – married couples give red packets to family and/or friends who are single. Hence, in respect to that custom, I’m in no hurry to get married just yet!

In the spirit of Chinese New Year, I would like to share with you the top things to in Chinatown Kuala Lumpur:

Chinatown in KL is located at Jalan Petaling (Petaling Street), a 5-minute walk from Central Market which is one of the tourist attractions in the city. Chinatown, or as locals just call it, Petaling Street is famous for its night market of imitation goods and curio items, however, during the daytime, the area is an interesting place to explore for there are lots of Chinese restaurants, street food and old shops. It’s fun to watch the hustle and bustle of everyday going-ons in Chinatown while sampling some of the local snacks or having a drink at one of the coffee shops nearby. ...... (follow the instructions below for accessing the rest of this article).
This article is featured in the app "GPSmyCity: Walks in 1K+ Cities" on iTunes App Store and Google Play. You can download the app to your mobile device to read the article offline and create a self-guided walking tour to visit the attractions featured in this article. The app turns your mobile device into a personal tour guide and it works offline, so no data plan is needed when traveling abroad.