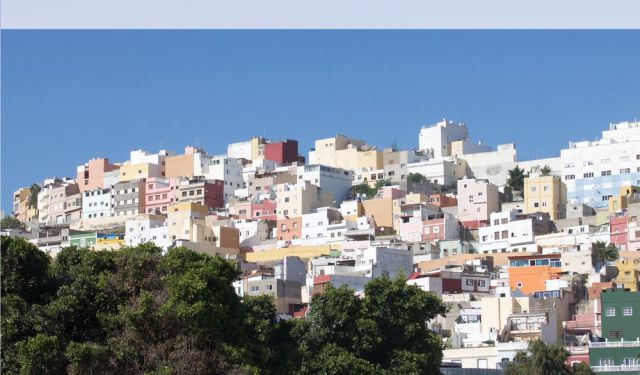 To celebrate Christmas, my boyfriend and I, along with his parents travelled to Las Palmas de Gran Canaria for a week of relaxation and fun in the sun.

Las Palmas (or Las Palmas de Gran Canaria, as it is officially known), is the capital of Gran Canaria, and the co-capital of the Canary Islands, a Spanish archipelago located about 150km off the northwestern coast of Africa. The city enjoys a subtropical climate with mild to warm temperatures throughout the year, and it was once said that Las Palmas enjoys the “best climate in the world” (source).

The Canary Islands are essentially to Europeans what the Caribbean is to north americans: a reprieve from cold weather and a chance to soak up some vitamin D. For our week long stay we enjoyed temperatures that ranged from 20-25C, and although the sun wasn’t as strong, thanks to a cloud of sand being blown in from the Sahara, we were still able to enjoy and bask in it.

One of the most fascinating and beautiful areas of Las Palmas was the historic town of Vegueta. Just a few minutes from the capital, we arrived in Vegueta via the Hop On Hop Off bus tour (my dorkiest travel vice). Over the next few hours we wandered the street marvelling at the original settlement that gave birth to Las Palmas. ...... (follow the instructions below for accessing the rest of this article).
This article is featured in the app "GPSmyCity: Walks in 1K+ Cities" on iTunes App Store and Google Play. You can download the app to your mobile device to read the article offline and create a self-guided walking tour to visit the attractions featured in this article. The app turns your mobile device into a personal tour guide and it works offline, so no data plan is needed when traveling abroad.