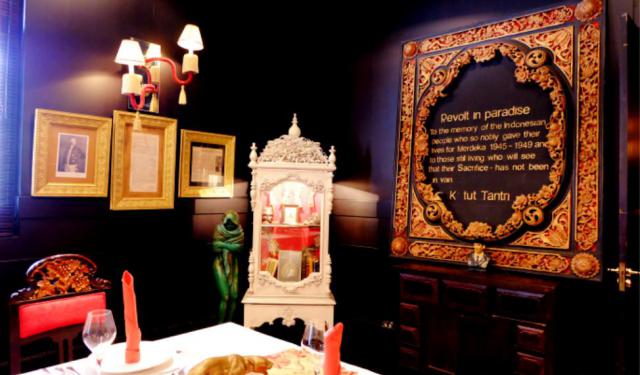 Tugu Kunstkring Paleis is situated in Gondangdia, an administrative village in Menteng district in South Jakarta, Indonesia. Menteng itself was designated to be a middle to high end residential area in Jakarta during the Dutch colony era developed between 1910 and 1918 by a Dutch architect Pieter Adriaan Jacobus Moojen from NV. Bouwploeg, the first property and architecture firm in the capital city of Indonesia, whose building now has been functioning into Cut Meutia Mosque since 1987.

Suppose you notice the word “Boplo” used in the neigbourhood of Gondangdia, such as Pasar Boplo (Boplo Market) and Gado-Gado Boplo restaurant, actually it has something to do with Bouwploeg. “Boplo” is a local way of saying Bouwploeg (of NV. Bouwploeg) since it is too hard to pronounce for most people.

PAJ Moojen’s next project was to build a Dutch rationalist architecture style building called Bataviasche Kunstkring (Batavia Circle of Art) in 1913. Inaugurated by Willem Frederik Idenburg, the governor of Dutch Indies in 1914, it signified the first property building ever created by NV Bouwploeg after its own head office. ...... (follow the instructions below for accessing the rest of this article).
This article is featured in the app "GPSmyCity: Walks in 1K+ Cities" on iTunes App Store and Google Play. You can download the app to your mobile device to read the article offline and create a self-guided walking tour to visit the attractions featured in this article. The app turns your mobile device into a personal tour guide and it works offline, so no data plan is needed when traveling abroad.