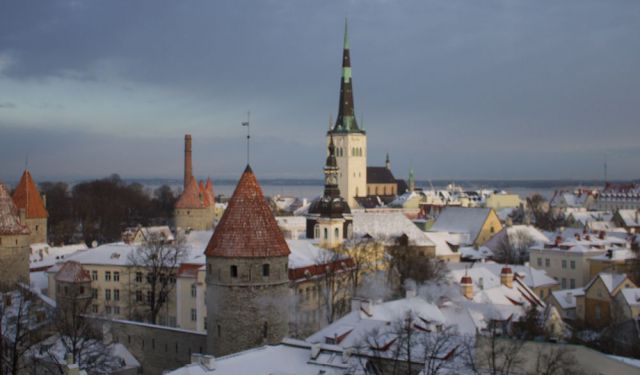 A bit of research and a couple of hours later and we were booked. Following our New Years trip to Helsinki for the World Junior Hockey Championships, we’d hop on over to take in Tallinn, Estonia.

So far in my travels I’ve had the opportunity to visit Belarus, Russia and a couple of other former-Soviet states, and there’s just something about Estonia: it’s not like the rest.

Estonia is a country with a long and rich history. I won’t delve too much into the details (that’s what Wikipedia is for), but I will share with you what surprised me the most: how modern it is.

Estonia is a country in the Baltic region of Northern Europe. It’s bordered by the Gulf of Finland to the north, the Baltic Sea to the west, Latvia to the south, and by Lake Peipus and Russia to the east (source). With a population of 1.3 million (approx. 32% of Estonian live in the capital city of Tallinn) it is one of the least-populated countries in Europe. ...... (follow the instructions below for accessing the rest of this article).
This article is featured in the app "GPSmyCity: Walks in 1K+ Cities" on iTunes App Store and Google Play. You can download the app to your mobile device to read the article offline and create a self-guided walking tour to visit the attractions featured in this article. The app turns your mobile device into a personal tour guide and it works offline, so no data plan is needed when traveling abroad.