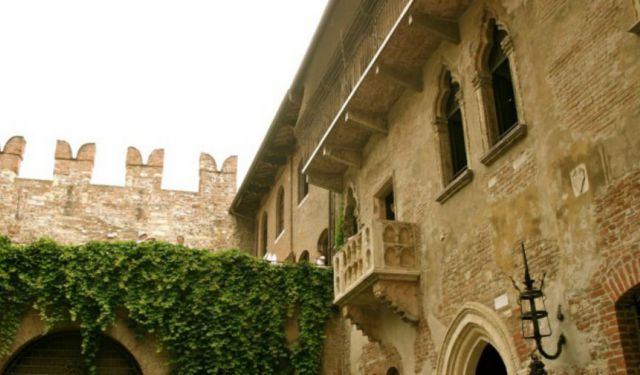 For romance in northern Italy, look no further than Verona. A stunning city with a reputation for art, opera and love; Verona is a jewel. We visited very briefly during a manic north Italy tour in 2010, but it remains one of the most beautiful cities I’ve been to and given the chance, I wouldn’t hesitate to return.

In 2010 we were both VERY new to European travel and this trip was a massive learning curve. Looking back, some of our decisions seem strange and unnecessary now, and so although we have learned a lot since then, here’s our method at the time on a very small budget.

We actually flew into Parma due to cheap flights and hired a car from Hertz at the airport for our whole 10 day trip. Flights from London to Parma with Ryan Air were €56 each return, and the car hire cost us €238 including insurance, between three people. Because we hired a car I’m going to cost our transport as €11 per day per person including petrol.

Verona has an international airport connecting to many European destinations, including London Gatwick, and Ryan Air fly from Gatwick to Verona for as little as €27. At the time of our travel these flights weren’t available, so we ended up landing in Parma. ...... (follow the instructions below for accessing the rest of this article).
This article is featured in the app "GPSmyCity: Walks in 1K+ Cities" on iTunes App Store and Google Play. You can download the app to your mobile device to read the article offline and create a self-guided walking tour to visit the attractions featured in this article. The app turns your mobile device into a personal tour guide and it works offline, so no data plan is needed when traveling abroad.