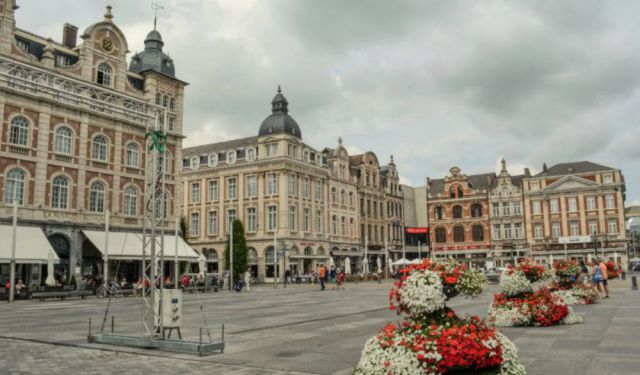 Visit Leuven, Another Hidden Gem of Belgium, Leuven, Belgium (B)

On the contrary for its labeled as a student city, Leuven has kept its secret as another hidden gem of Belgium. It is a city where visitors or tourist can amuse themselves in many ways.

Two weeks ago I headed to Leuven with my husband for a weekend getaway. I did not know what to expect when we hit the road with destination to this student city. I have been living in Belgium for quite a long time now, yet never had been in Leuven until two weeks ago.

The first impression I got, like, “Okay, it’s a nice city.” Turned out the city is not not only “a nice city”, it is a marvelous city! And I am so impressed by everything about Leuven that I want to go back there and find more what this city hides.

Leuven is the capital city of Flemish Brabant in Belgium. Located 25 km away from Belgium capital, Brussels.

The journey begun at the train station square, Martelarenplein. It’s such a relaxing spot to be around. Pubs and restaurants are just across the street opposite the train station, with the shopping street Bondgenotenlaan (one of the shopping streets in Leuven), lies in front of Martelarenplein.  ...... (follow the instructions below for accessing the rest of this article).
This article is featured in the app "GPSmyCity: Walks in 1K+ Cities" on iTunes App Store and Google Play. You can download the app to your mobile device to read the article offline and create a self-guided walking tour to visit the attractions featured in this article. The app turns your mobile device into a personal tour guide and it works offline, so no data plan is needed when traveling abroad.