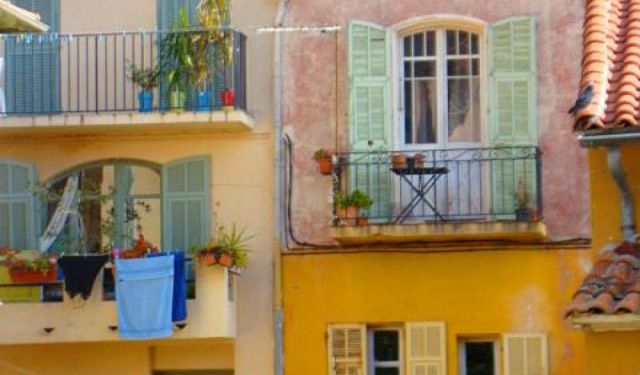 Villefranche-sur-Mer was founded in 1295 by Charles II of Anjou, at that time the Count of Provence. The town then fell under the rule of the Dukes of Savoy where it remained in Italian ownership until it was transferred back to France in 1860.

The bay (rade) of Villefranche is one of the deepest natural harbours in the Mediterranean, and was previously a base for the US 6th Fleet up to 1967. Today, it is still a favourite anchorage for yachts and large cruise ships.

One of the most picturesque towns along the coast, it has been a favourite destination for artists and film crews including being used as a backdrop for scenes in Jewel of the Nile, Ronin, Dirty Rotten Scoundrels and Mr Bean’s Holiday.

The ‘Moteurs…Action! Stunt Show Spectacular’ at Walt Disney Studio’s Park at Disneyland Paris has show scenery that was inspired by the seafront terrace houses at Villefranche-sur-Mer.

Villefranche-sur-Mer train station is located overlooking the bay of Villefranche on the coastal line. ...... (follow the instructions below for accessing the rest of this article).
This article is featured in the app "GPSmyCity: Walks in 1K+ Cities" on iTunes App Store and Google Play. You can download the app to your mobile device to read the article offline and create a self-guided walking tour to visit the attractions featured in this article. The app turns your mobile device into a personal tour guide and it works offline, so no data plan is needed when traveling abroad.