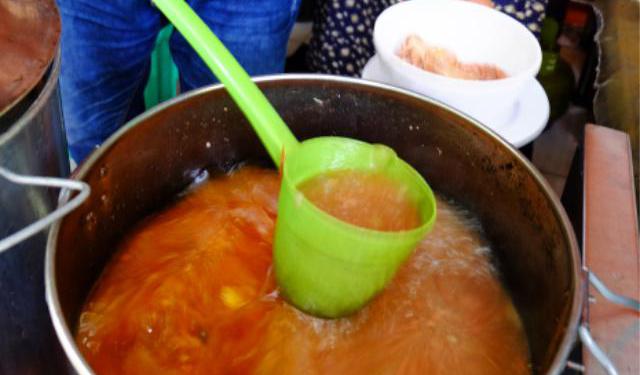 Can a modest food stall beat and inspire a higher end restaurant at the hotel? In some cases, yes. Warung Sop Buntut Cut Meutia (Cut Meutia Oxtail Soup Eatery), is one of the examples.

Approximately, in 1972, a Pertamina (a state petroleum company) director had business trips to Jakarta and became a regular guest in Borobudur Hotel. During his stay, most of the time he ate oxtail soup at Warung Semoga instead of consuming food from the hotel. . One day, the hotel management was curious and sent one of their chefs to their loyal guest’s favourite warung to taste the famous oxtail soup and find out its secret recipe. ...... (follow the instructions below for accessing the rest of this article).
This article is featured in the app "GPSmyCity: Walks in 1K+ Cities" on iTunes App Store and Google Play. You can download the app to your mobile device to read the article offline and create a self-guided walking tour to visit the attractions featured in this article. The app turns your mobile device into a personal tour guide and it works offline, so no data plan is needed when traveling abroad.