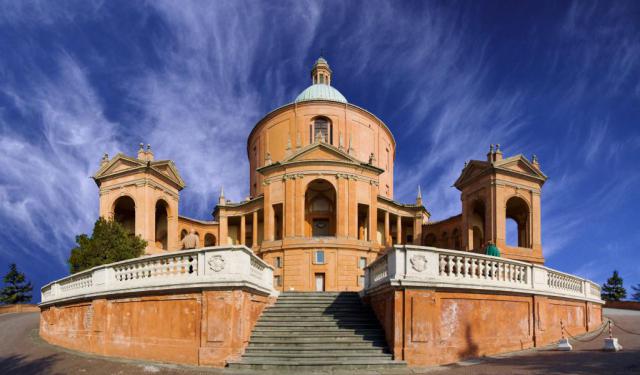 Six years ago, I moved to the capital of the Italian province Emilia-Romagna: Bologna. Even though other Italian cities like Rome, Venice and Florence are a lot more popular than Bologna, this beautiful city has so much to offer that it can’t be overlooked.

Through the centuries, Bologna has been given several nicknames. It is now mostly known as “la rossa, la grassa, la dotta”, or “the red one, the fat one and the wise one”. When visiting this city, it will become almost immediately clear why these nicknames are being used to describe Bologna.

One of the first things you notice when arriving in Bologna, is the beautiful red color of the city. The inhabitants of Bologna are known for being more left-wing voters, which is also why it’s called “la rossa”. “La grassa” refers to the fact that the city can be described as the “belly of Italy”. You can indulge in tons of delicious food and various delicacies such as mortadella, tortellini and ragù alla Bolognese. While strolling through the streets of the old center of Bologna, you’ll see lots of small shops which sell these tasty delicacies. You won’t go hungry in Bologna! ...... (follow the instructions below for accessing the rest of this article).
This article is featured in the app "GPSmyCity: Walks in 1K+ Cities" on iTunes App Store and Google Play. You can download the app to your mobile device to read the article offline and create a self-guided walking tour to visit the attractions featured in this article. The app turns your mobile device into a personal tour guide and it works offline, so no data plan is needed when traveling abroad.