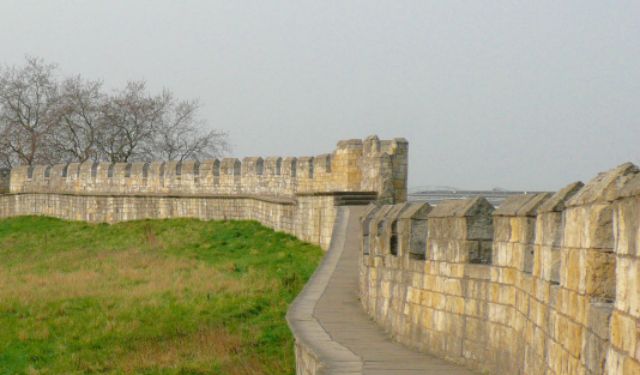 This city in the wild North of England was an unexpected surprise, with its beautifully decorated historic houses, rugged castles, well-preserved city walls and marvellous museums. York takes you through the ages, from the early Roman ruins and the archaeological Viking discoveries to the Gothic architecture of York Minster and the noble Georgian townhouses, which are spread throughout the city. Allow at least four days to explore this city properly.

The well-preserved medieval city walls are 3.4 kilometres long and you can walk around them in about 2 hours. There are some wonderful views to be had, plus you can enter the walk from a number of intriguing interior stair cases!

Clifford’s Tower is almost all that remains of the York Castle, which was built by William the Conqueror in 1068. The tower is situated on the top of a round hill, with stairs to the upper viewing platform. In the past, it was used as a prison and a royal mint!

Situated right near Clifford’s Tower, this wonderful museum is full of interesting history, including recreated period rooms, such as the 17th century dining room. Allow a full morning to explore the extensive collections. ...... (follow the instructions below for accessing the rest of this article).
This article is featured in the app "GPSmyCity: Walks in 1K+ Cities" on iTunes App Store and Google Play. You can download the app to your mobile device to read the article offline and create a self-guided walking tour to visit the attractions featured in this article. The app turns your mobile device into a personal tour guide and it works offline, so no data plan is needed when traveling abroad.