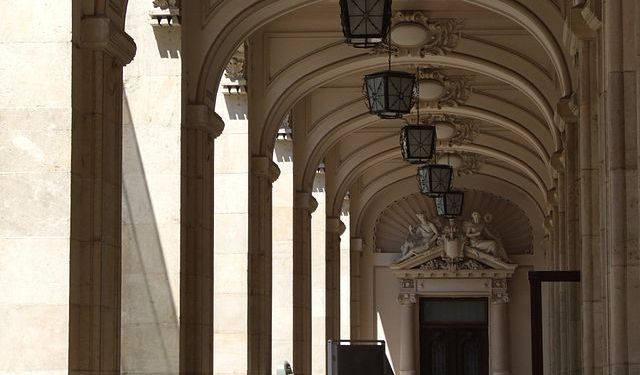 Visiting the museums of the country you have traveled to is an excellent way of discovering a different culture. This guide will introduce you to 20 of the most interesting and visited museums of Bucharest, in which you will not only discover the history and art of Bucharest, but also the history, the art, the traditions and the most dominant figures of Romania.
Image Courtesy of Wikimedia and Pudelek.
This article is featured in the app "GPSmyCity: Walks in 1K+ Cities" on iTunes App Store and Google Play. You can download the app to your mobile device to read the article offline and create a self-guided walking tour to visit the attractions featured in this article. The app turns your mobile device into a personal tour guide and it works offline, so no data plan is needed when traveling abroad.

1) The National Musem of History of Romania

The National Museum of Romanian History was founded in 1970 and it is considered on of the most important museums in Romania, as it holds a very famous thesaurus, consisting of precious metals, jewellery and many other valuable pieces of art and history that were discovered through scientific archaeological work.

Visiting the museum will be a time travel trip, starting with the Prehistoric Age, going forward on to the Roman Period and all the way through all ages until the Modern and Contemporary Age.

You also shouldn't miss The Thesaurus, the collections of jewellery are a charming delight.

2) The National Museum of Art of Romania

Initially built as a residence for Romanian princes during the 19th century, the large mansion on Victoriei Way now holds The National Museum of Art of Romania. Throughout its large and impressive rooms you can discover The National Gallery of Art, but also The European Gallery of Art.

The Romanian Gallery is divided into three sections - Medieval Art, Modern Art and The Lapidarium. At the museum you will find the works of Romania's greatest painter, Nicolae Grigorescu, and also the works of many other artists that were famous for their Impressionist technique.

The European Art Gallery was reopened to the public in 2007. Several paintings, sculptures and objects of decorative art, which have not been put on view for the public in the past years, were added to the permanent exhibition.

Built on the shore of Herastrau Lake, The National Village Museum is one of the first open air ethnographic museums in the world. It was inaugurated on the 10th of May, 1936, on King's Day, in the presence of King Carol II of Romania. After 75 years, it is still one of the biggest attractions in Bucharest.

The 'village-museum', as its founder Dimitrie Gusti called it, reproduces the classic Romanian village and its components, the houses, the decorations, the costumes are all authentic. For the museum to be built, the houses were dissembled from their original places, piece by piece, and transported by train or carriage to Bucharest, where they were reassembled.

In present time, the museum holds 76 distinct compounds, consisting of 322 buildings, including churches and windmills.
Image Courtesy of Bogdan.
4

4) The National Museum of Contemporary Art

MNAC was inaugurated in 2004, being one of the newest museums in Romania. It was built as a glass annex to the west wing of The House of People (Parliament). The museum was a result of the anticommunist movement and as a proof of the affirmation of the civil society. MNAC is a statement that Romania is prepared to embrace modernity, especially the modern art wave.

5) The House of People (The Parliament)

The rooms of the Parliament are monumental. The mirrors, the marble, the oak wood are the main materials that give its greatness.

Just as many other memorable buildings in Bucharest, Cotroceni Museum was a residency of Romanian princes. The ensemble was built between 1679 - 1681, at the order of Prince Serban Cantacuzino, in the baroque architectural style. That was the artistic western Europe trend of those times. Cotroceni ensemble includes the royal palace and its outbuildings, a monastery, guard building, exotic garden, royal station, and botanical garden. Some of them are still open to visitors.

Nowadays, Cotroceni Palace is the official residency of the President of Romania. And it is also open to visitors.

George Enescu was a famous Romanian composer, violinist, pianist, conductor and teacher. Many of Enescu's works were influenced by Romanian folk music, his most popular compositions being the two Romanian Rhapsodies. He lived and worked in Bucharest and Paris, but after the Soviet occupation of 1941, he remained in Paris. He also traveled to America, where he conducted the Philadelphia and the New York Philharmonic.

In 1939 Enescu married Maria Rosetti, princess of the Cantacuzino family. They lived in the Cantacuzino Palace, which today holds the George Enescu Museum, dedicated to his work. Amongst the artifacts at the museum, you will find the violin that Enescu got as a gift at the age of four and with which he started his musical career.
Image Courtesy of Al at nl.wikipedia.
8

Right at the geographical center of the city, you will find the Sutu Palace. The mansion was built in the 1830's for the boyar Grigore Costache Sutu. He desired new houses on his domains, houses that were supposed to reflect the social and economical transformations of that decade. Built in the neogothic style, the palace is well known for its architectural beauty. Throughout history, the mansion served different roles, as a residency, banks' headquarters and museum. Today, the Sutu Palace holds the Municipal Museum of Bucharest. There you will discover the history and valuable pieces of Bucharest art.

9) The National Museum of Maps and Old Books

The National Museum of Maps and Old Books is first in Europe at the number of exhibits. Its mission is to help visitors get a better view of history and also to bring proofs of historic places and events. The interior of the museum is very beautiful, making the visit even more interesting. The oldest map dates back to 1525. All the maps are arranged according to the geographic area they represent.

'Philately' comes from the greek words 'philos' and 'atelia' and it means 'love for the things that are free of taxes'. If you are not only passionate about free of tax things, but also about stamps and old ways of distant communication, The National Philately Museum is the place to go. There you will find collections of stamps and other interesting postal objects.

11) The National Museum of Geology

Hosted by The National Institute of Geology, the museum holds an impressive collection of minerals, rocks and fossils. Of all the collections, definitely the most interesting is the dinosaur exhibition. The museum dedicates its activity to scientific research. Therefore, there are always new exhibitions and scientific communication sessions, all of them presenting the latest geological discoveries in different regions of Romania.
Image Courtesy of Andrei Stroe.
12

The Observatory of Bucharest was built in 1910, in the house of Admiral Vasile Urseanu, a sailor passionate about astronomy. The place was meant to be a ship anchored in the center of the city. It is a great place and not only for the pleasure of watching the stars and galaxies with the different telescopes. The museum is also a good place for learning about the Universe and its galaxies, planets, stars and constellations.
13

The Romanian Peasant Museum is part of the European family of Museums of Popular Art and Traditions. It has in possession a very rich collection of peasant objects, all hosted in a historic monument building. The originality of the museum is continued by its cultural events and concerts. While at the museum you may also want to go to its lovely terrace at The Romanian Peasant Club or, at night, you might enjoy a concert of a Romanian band.
Image Courtesy of Joe Mabel.
14

The old city center of Bucharest is a true attraction even for the locals. But few people know the true historic treasure that is right there, on Franceza Street. The Old Court is an open air museum, a historic site with the ruins of the first royal court of Bucharest. The court was built in the 14th century, at the order of Prince Vlad Tepes, also known as the inspiration for Bram Stoker's famous character Dracula.
Image Courtesy of tomitom.
15

15) The Museum of Aviation

Dedicated to the Romanian heroes of aviation, the museum is divided in two sections: the national and the international history of aviation, the technique of aerial forces. The most interesting collections are those dedicated to Aurel Vlaicu and Henri Coanda, who are the most dominant figures in the history of Romanian aviation and who also played an important role in international aviation.

The National Military Museum holds 32 collections of weapons, documents, paintings, uniforms, flags, medals. The museum was built at the order of King Ferdinand I. A trip there takes you back in time to major historical moments, the multitude of military objects recreates the atmosphere of those old significant times. After discovering the military history inside, you may want to go outside to the yard and find an interesting exposition of military machinery.

The museum was founded in the house of Krikor Zambaccian, a famous 19th century businessman. Zambaccian, who was also a passionate art collector, donated an impressive number of art objects to the Romanian state. His house became an art museum in 1947, and it holds pieces of art from a majority of famous Romanian artists, like Girgorescu and Tonitza.
Image Courtesy of The Yorck Project.
18

18) The Museum of Folk Costumes of Romania

Situated in the House of Parliament, The Museum of Folk Costumes of Romania holds the greatest collection of folk costumes in Europe. The collection consists of over 200 costumes from the different regions of Romania, such as Bucovina and Maramures. Romania's traditional costumes are highly appreciated for their beauty, especially since they are hand made. You will have 2200sq meters to discover Romania's famous traditional costumes.
19

Romanians say that you've never seen Romania until you took a trip by train. However, if you are not up for the adventure, it is best to visit The Museum of Romanian Railways. It will be a nice trip on which you can discover the evolution of local and international railway transportation. There you will find old steam locomotives, uniforms, stations clocks, mock-ups of railways and trains. You will also discover the interesting story of the famous Orient Express train and its route.

20) The Museum of The National Bank of Romania

The Museum of The National Bank of Romania holds a rich collection of numismatics, dating since the 5th century B.C. The exhibition holds various objects, from old Greek coins to the banknotes of Romania at the time of the denomination, in 2005. You will also find information about the history of monetary circulation in Romania. The visit to the museum will not only be interesting for the exhibition of coins and banknotes, you will surely be charmed by the monumental building of The National Bank.
Image Courtesy of Gabriel.