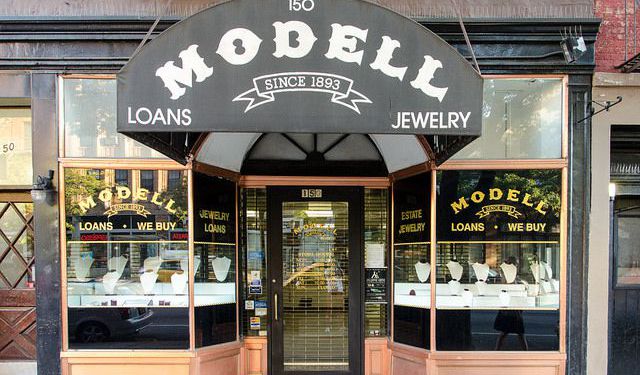 Image by Edward Blake on Flickr under Creative Commons License.

Anybody with a love of antiques has a lot to look forward to with an exploration of New York’s Atlantic Avenue. The stretch between Henry Street and Nevins Street is reputed to be one of the best spots in the Big Apple for antique hunting. The first antique stores moved into Antiques Row, between Bond and Hoyt Streets in the 1960s and many more soon followed. The area is a vintage hotspot with rare, one-of-a kind pieces, unusual finds, mid-20th century furniture, curios, old maps, industrial artifacts, medical apparatus, old laboratory equipment and much more.

While antiques are certainly a huge draw here, Atlantic Avenue is a thoroughfare of many different faces. There is a cluster of Middle Eastern eateries, as well as trendy bars and bistros, independent shops and boutiques. Some of the restaurants and food shops were opened in the 1930s by immigrants from the Middle East. Today, they are run by their descendants. In the recent past, the section of Atlantic running through Boerum Hill was home to a thriving Arab community and hidden-gem antique stores.

There is much to see, taste, buy, explore and experience on Atlantic Avenue that just one visit is never going to be enough.
How it works: A discovery walk features a route using which you can explore a popular city neighborhood on your own. This walk, along with other self-guided walks in over 1,000 cities, can be found on the app "GPSmyCity: Walks in 1K+ Cities" which can be downloaded from iTunes App Store or Google Play to your mobile phone or tablet. The app's built-in GPS navigation functions allow following this walk route with ease. The app works both online and offline, so no data plan is needed when traveling abroad.

Image by Meng He under Creative Commons License.

9) Atlantic Avenue, The House of the Lord Pentecostal Church