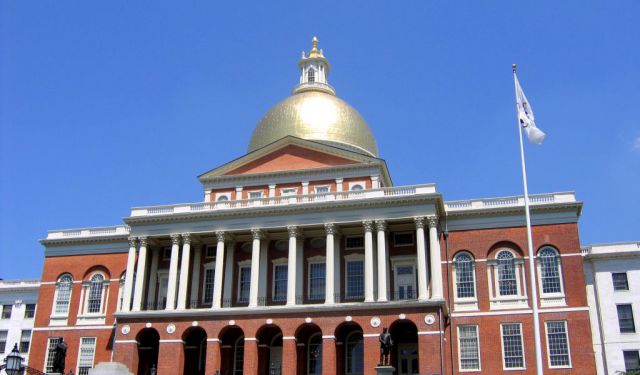 Image by HarshLight on Flickr under Creative Commons License.

Beacon Hill is an architectural gem, a historic neighborhood that got its beginnings in the early 17th century. The narrow tree-lined streets, stately buildings and cobblestone alleys make it one of the city's best known neighborhoods. It is a superb place to roam, with its beautiful buildings with their flower-filled window boxes, brass door knockers, decorative iron work and many other attractive features.

Throw admiring glances at the many brick row houses, which come from Federal, Greek Revival and Victorian periods. There are also 20th-century Colonial Revival homes. These lovely old buildings are very easy on the eye, but not so on the pocket as they cost a fortune.

Stop by Louisburg Square, one of the most prestigious addresses in Boston. There is also an oval park here, belonging to the square’s homeowners. Look at the statues of Columbus and Aristides which were donated by a Greek merchant in 1850. Famous names to have lived in the square include the author Louisa May Alcott.

One of Beacon Hill’s biggest architectural attractions is the gold-domed structure of Massachusetts State House on Beacon Street. This is the state capitol building, which houses the government of the Commonwealth of Massachusetts.
How it works: A discovery walk features a route using which you can explore a popular city neighborhood on your own. This walk, along with other self-guided walks in over 1,000 cities, can be found on the app "GPSmyCity: Walks in 1K+ Cities" which can be downloaded from iTunes App Store or Google Play to your mobile phone or tablet. The app's built-in GPS navigation functions allow following this walk route with ease. The app works both online and offline, so no data plan is needed when traveling abroad.