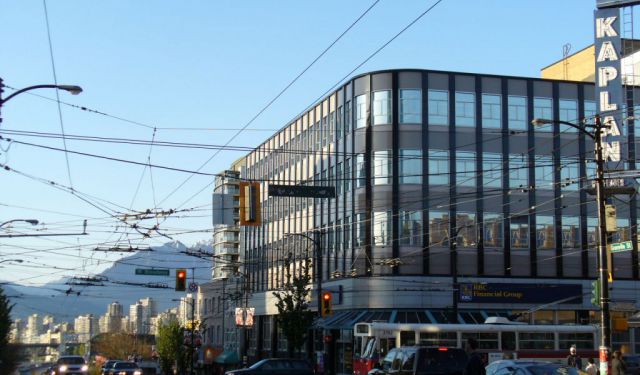 Image by Hisakazu Watanabe on Flickr under Creative Commons License.

Seek out the latest fashions and hot new looks with a shopping expedition down Vancouver's Broadway Street. This vast thoroughfare is one of the most famous streets in the city, and it starts at West Broadway in the Kitsilano neighborhood. Along this trendy part of the street are numerous shops, specialty stores, restaurants and cafés. Shop for consumer electronics, fashion, jewelry, furniture, gifts, groceries and home ware. There are also convenience stores, pharmacies, beauty salons, acupuncturists, physiotherapists and chiropractors.

The Kitsilano part of Broadway is known for its Greek community, and historically has been an enclave of Greek immigrants. To this day, Greek culinary and dietary influences can be savored and enjoyed in the Greek bakeries, restaurants and delicatessens.

There are many other exiting flavors to experience while you are in the area. They include international cuisines and the top quality pastries, cakes and desserts at Notte's Bon Ton. This ever popular bakery first opened in 1926 and it is one of the oldest old fashioned European bakeries and tea houses in the city. Of its signature creations, the butter cream pastries called "bon tons" seem to attract the most rave reviews. There are dozens of varieties on offer at this Vancouver institution.
How it works: A discovery walk features a route using which you can explore a popular city neighborhood on your own. This walk, along with other self-guided walks in over 1,000 cities, can be found on the app "GPSmyCity: Walks in 1K+ Cities" which can be downloaded from iTunes App Store or Google Play to your mobile phone or tablet. The app's built-in GPS navigation functions allow following this walk route with ease. The app works both online and offline, so no data plan is needed when traveling abroad.