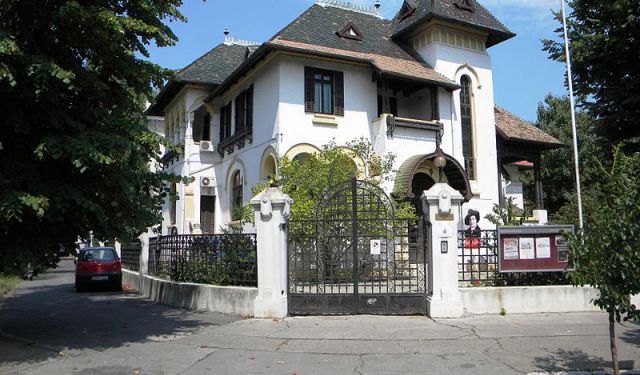 Image by Britchi Mirela on Wikimedia under Creative Commons License.

The capital of Romania has a lot of unsung wonders, hidden gems that are missed when the majority of tourists stick to the tried and tested. Don't let that be you. Embark on a mesmerizing tour of the city that takes in fascinating sites that you don't typically see in the pages of most guidebooks.

Explore the old streets where attractive looking houses are set in small gardens. Note the many different architectural styles, including Neo-Classical, Neo-Gothic, Neo-Romanian and Modernist. There are some more architectural gems to be admired in some of the city's churches, including the Victorian Gothic style of the Anglican Church, the 17th-century Batistei Church and the Icoanei Church (Icon Church). While you are in the mood for some wonderful architecture, go to Central School, a Neo-Romanian landmark. Carve out some time in the Armenian Quarter, centered on Armeneasca Street. See 19th-century mansions and visit 19th-century homes, some of which have been turned into restaurants.

Stop by the oldest civilian building in the city, Melik House. It was built in 1760 and today exhibits paintings by Theodor Pallady. For some blissful serenity, relax in the small, beautiful garden of Dărvari Convent. Among the other green spaces to enjoy are Gradina Icoanei Park and Ion Voicu Park, where some of the city's wealthiest families built their homes.
How it works: A discovery walk features a route using which you can explore a popular city neighborhood on your own. This walk, along with other self-guided walks in over 1,000 cities, can be found on the app "GPSmyCity: Walks in 1K+ Cities" which can be downloaded from iTunes App Store or Google Play to your mobile phone or tablet. The app's built-in GPS navigation functions allow following this walk route with ease. The app works both online and offline, so no data plan is needed when traveling abroad.