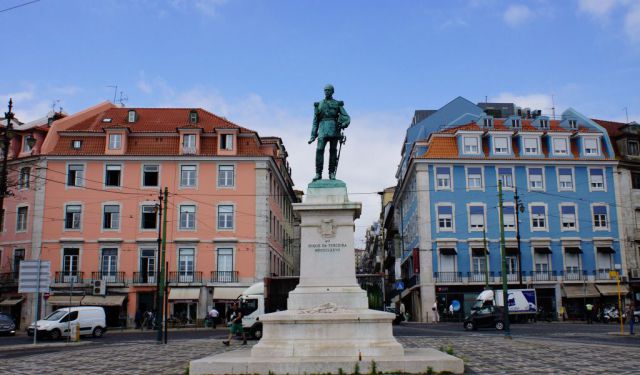 Image by Helder FCurto on Flickr under Creative Commons License.

Cais do Sodré's seedy and shady past is now firmly consigned to the history books. This was once a haunt of hard-drinking sailors and women of easy virtue, but today, the neighborhood is one of Lisbon's hippest nightlife spots. It's the place where the beautiful people come to see and be seen, and of course to party. Rua Nova do Carvalho was once the area's red light district where bars were named after European destinations to attract sailors who had just stepped off their boats. Wander down the street now and you'll see hip bars and clubs. Cais do Sodré doesn’t just turn on its nightlife. The neighborhood also delights during the day with its varied sights of interest. Visit Praça de São Paulo, a beautiful public square where you'll see examples of Pombaline architecture, a Portuguese style of the 18th century. Another square well worth putting on the itinerary is Praça do Comércio, the grandest plaza in Lisbon. Lining three sides are magnificent painted buildings and in the center is a statue of King José I who ruled in the 18th century. One of the neighborhood's biggest draws is the always bustling and ever colorful Mercado da Ribeira. This is Lisbon's biggest food market and can be found in a 19th-century building topped by a Moorish dome. In addition to the stalls selling regional cheeses, fish, flowers and much more, there are several fine restaurants. On the weekends, handicrafts and antiques are on sale.
How it works: A discovery walk features a route using which you can explore a popular city neighborhood on your own. This walk, along with other self-guided walks in over 1,000 cities, can be found on the app "GPSmyCity: Walks in 1K+ Cities" which can be downloaded from iTunes App Store or Google Play to your mobile phone or tablet. The app's built-in GPS navigation functions allow following this walk route with ease. The app works both online and offline, so no data plan is needed when traveling abroad.