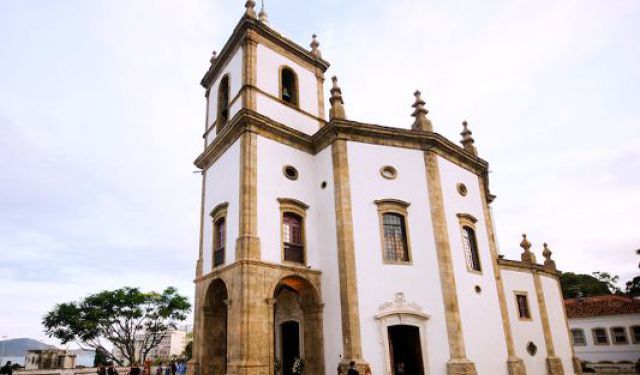 Image by Patricia Figueira on Wikimedia under Creative Commons License.

When you stroll through the Catete Street area you are instantly transported to another era. The faded grandeur of the still stunning looking colonial palaces hark back to a previous time of great wealth and power. This area was once the home base for Brazil's head of government. Today, among the historical buildings, you will find lots of glass-fronted souvenir shops, amenity stores and restaurants.

One of the nicest places for a walk is Rua do Catete which is also known by a number of different names, including the Rua da Glória and the Rua Marques de Abrantes. Tour the Palácio do Catete, a 19th-century building that was once Brazil's presidential palace. Today, it is home to the Republic Museum where you can stand in the former offices and chambers of the president and his ministers and appreciate the opulence of the Grand Hall and Ballroom. The museum also has a large collection of items related to the Republic of Brazil, some of which are on display and include antique furniture, coins, paintings, medals, swords and much more.

Another architectural highlight is the church of Our Lady Glória which sits on Glória Hill looking down on the Parque do Flamengo. This striking example of colonial design was built toward the end of the 18th century, and inside are intricate wood carvings and blue decorative Brazilian tiling.
How it works: A discovery walk features a route using which you can explore a popular city neighborhood on your own. This walk, along with other self-guided walks in over 1,000 cities, can be found on the app "GPSmyCity: Walks in 1K+ Cities" which can be downloaded from iTunes App Store or Google Play to your mobile phone or tablet. The app's built-in GPS navigation functions allow following this walk route with ease. The app works both online and offline, so no data plan is needed when traveling abroad.

1) Parish Church of Our Lady of Glory

6) Catete Palace, Museum of the Republic

9) Our Lady of the Glory of the Hill Church