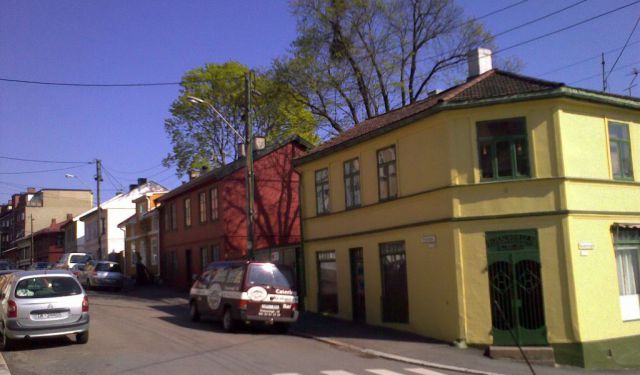 Image by Alexandra Leisse on Flickr under Creative Commons License.

Lose yourself in the charming narrow streets of Oslo's Kampen area. This is one of the oldest parts of the city and it is situated on a hill, between the inner-city and outer suburbs and looks over the downtown area. This is a wonderful place to come for a peaceful stroll among streets that are lined with old wooden houses. If it wasn't for such signs of modernity as cars, the area would look much like it must have done more than one hundred years ago.

Admire the beautiful and varied structures of buildings that were originally constructed for workers and their families, and enjoy the warm community feel that is very much a key part of the Kampen area. Some corners of Kampen may already feel a little familiar to you, because the houses feature on many city postcards. One of the architectural highlights here is Kampen Kirke, a Gothic and Swiss-style church that was built in the middle of the 19th century and is a protected heritage site. A visit to Kampen can also reward you with some exceptional vistas. The neighborhood is the highest point of the city, and at times of the year when the vegetation isn't in such abundance, you can delight in the views of the Norwegian capital and the hills that surround it.
How it works: A discovery walk features a route using which you can explore a popular city neighborhood on your own. This walk, along with other self-guided walks in over 1,000 cities, can be found on the app "GPSmyCity: Walks in 1K+ Cities" which can be downloaded from iTunes App Store or Google Play to your mobile phone or tablet. The app's built-in GPS navigation functions allow following this walk route with ease. The app works both online and offline, so no data plan is needed when traveling abroad.