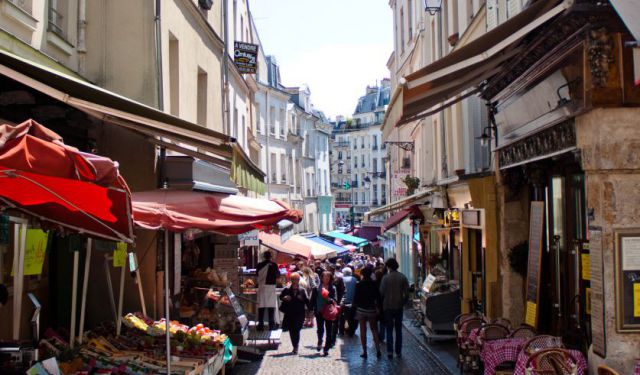 Image by Fil.Al on Flickr under Creative Commons License.

The Latin Quarter of Paris is situated on the left bank of the Seine and dates back to the Middle Ages. For years, the area was known as a bohemian enclave, attracting students, writers and intellectuals. The area may well have deep historical roots, but it is a lively, modern district with a friendly village feel. Here, you will find lots of shops, bookstores, restaurants, cafés and a clutch of historic buildings and monuments.

Stroll down the Boulevard Saint Michel, one of the two main streets in the quarter. Browse its many bookstores, check out some of the other shops and catch a movie in one of the cinemas. At the northern end of the boulevard is the magnificent baroque fountain which features St. Michael slaying a demon. When you are looking for somewhere great to eat, try Rue Mouffetardm, one of the quarter's most popular streets. Its elegant sidewalks are lined with a delicious array of restaurants, cafés and bars.

Don't just stick to the main streets when you are here. Amble through myriad narrow lanes that were once the favorite haunts of writers and famous artists. While a prominent tourist attraction, the quarter is still a popular hangout for students who attend France's oldest university, the Sorbonne. This leading seat of learning has been educating bright young things since the 13th century.
How it works: A discovery walk features a route using which you can explore a popular city neighborhood on your own. This walk, along with other self-guided walks in over 1,000 cities, can be found on the app "GPSmyCity: Walks in 1K+ Cities" which can be downloaded from iTunes App Store or Google Play to your mobile phone or tablet. The app's built-in GPS navigation functions allow following this walk route with ease. The app works both online and offline, so no data plan is needed when traveling abroad.