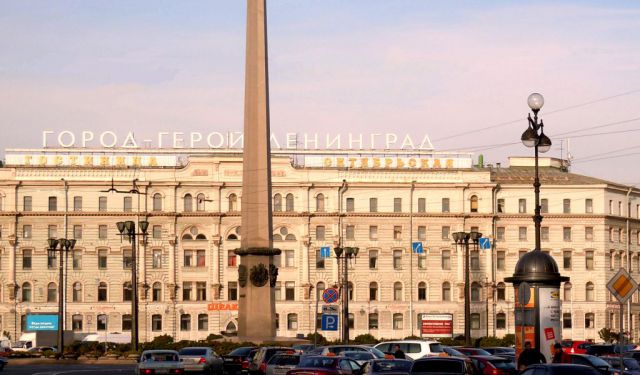 Marvel at some of St.Petersburg's most famous monuments, oldest buildings and important religious sights. As you walk down Nevsky Prospect, St. Petersburg’s main street, keep an eye out for sculptures of notable figures from history.

Among the large works of art are a statue dedicated to Catherine the Great and a monument to Alexander Nevsky after whom the street was named. He was a national hero from the 13th century and was proclaimed a saint by the Russian Orthodox Church in the 16th century. This prominent historical figure is revered as the patron saint of St. Petersburg.

At the end of the street is the Alexander Nevsky Monastery where his remains lie. This complex had its beginnings in the early 18th century and encompasses some of the city's oldest buildings, including Baroque churches and a neoclassical cathedral. One of the monastery's most famous sites is the Tikhivin Cemetery, which is the final resting place of many famous names from Russian culture.

Among the graves is one belonging to Tchaikovsky over which is a bust of the composer. Nearby are the graves of other notable composers, such as Nikolai Andreyevich Rimsky-Korsakov and Modest Petrovich Mussorgsky. Also within the cemetery grounds are the ornate tombs of several more prominent figures, including Prince Garsevan Chavchavadze, Mikhail Lomonosov and Alexander Suvorov.
How it works: A discovery walk features a route using which you can explore a popular city neighborhood on your own. This walk, along with other self-guided walks in over 1,000 cities, can be found on the app "GPSmyCity: Walks in 1K+ Cities" which can be downloaded from iTunes App Store or Google Play to your mobile phone or tablet. The app's built-in GPS navigation functions allow following this walk route with ease. The app works both online and offline, so no data plan is needed when traveling abroad.