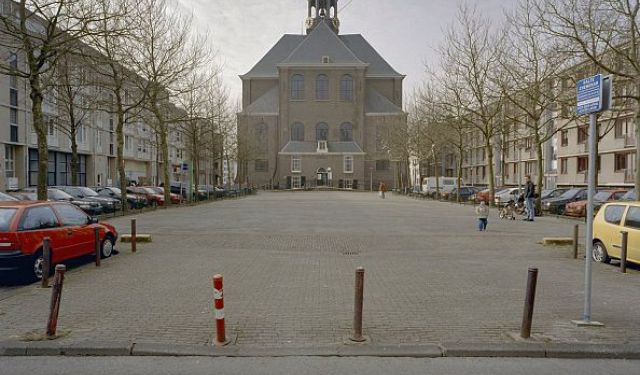 Nieuwe Vaart Canal is one of Amsterdam's 17th century canals, dug out during the Dutch Golden Age, a long period of global Dutch influence. The Nieuwe Vaart area around the waterway is characterized by beautiful architecture and fascinating sites of interest. For some inexplicable reason, the neighborhood is missed by many visitors to the city. Enjoy its scenic delights and historical treasures.

Go to Oosterkerk ("eastern church"), a 17th-Century Dutch Reformed church bordering the canal. The church is the final resting place for approximately 500 people. Among them is Adriaan Dortsman, a famous architect during the Golden Age.
Look up at the impressive De Gooyer windmill, the tallest wooden mill in the Netherlands. The current incarnation of the building, which is now a private home dates back to the early 19th century.

Glean some fascinating insights into the past when you tour the exhibits of Nederlands Scheepvaartmuseum, the National Maritime Museum. Climb aboard a replica of an 18th-century ship, see old navigational instruments and study paintings of naval battles and officers that are hundreds of years old. The museum also showcases old maps, atlases weapons and scale models of ships.
How it works: A discovery walk features a route using which you can explore a popular city neighborhood on your own. This walk, along with other self-guided walks in over 1,000 cities, can be found on the app "GPSmyCity: Walks in 1K+ Cities" which can be downloaded from iTunes App Store or Google Play to your mobile phone or tablet. The app's built-in GPS navigation functions allow following this walk route with ease. The app works both online and offline, so no data plan is needed when traveling abroad.