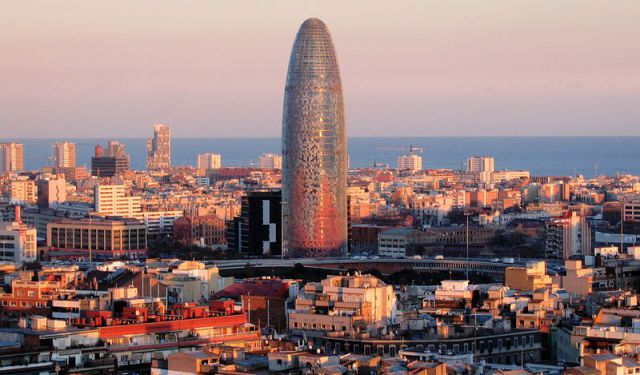 Poblenou, which is Catalan for "New Village" is a delicious mixed bag of goodies that's full of striking contrasts. Modern design studios, shops and houses blend well with local traditions. The area is dubbed the "Brooklyn of Barcelona" by some, and was once an industrial heartland of factories and warehouses. Today these structures have been renovated into lofts for the upwardly mobile, art galleries and studios for artists. The buildings have retained their original shells and character, but have been repurposed for very different uses. The area draws in many tourists and its residents are a mix of nationals and foreigners from several countries. All enjoy the gentle pace of life here.

There's even a beach for them to relax on. Mar Bella Beach is an artificial beach that was created during the urban renewal projects to ready the city for the 1992 Summer Olympic Games. Relax on the sands, swim in the sea and enjoy a walk on the promenade. There’s good walking, cycling and jogging to be had throughout Poblenou. A highlight of any visit to the area is the Rambla del Poblenou, a former industrial area that is now the hub of community life. Come here for the shops and bars and to see the beautiful modernist buildings. Here you will also find the Casino de l’Aliança which has been a focus of social, cultural and recreational activities since the 19th century. Running parallel to the rambla is a popular shopping street, Carrer de Marià Aguiló, one of the oldest and most delightful in the city.
Image Courtesy of Wikimedia and Marta A A.
How it works: A discovery walk features a route using which you can explore a popular city neighborhood on your own. This walk, along with other self-guided walks in over 1,000 cities, can be found on the app "GPSmyCity: Walks in 1K+ Cities" which can be downloaded from iTunes App Store or Google Play to your mobile phone or tablet. The app's built-in GPS navigation functions allow following this walk route with ease. The app works both online and offline, so no data plan is needed when traveling abroad.