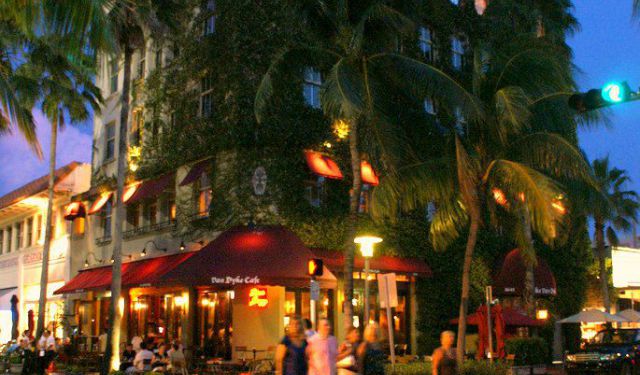 Image by ClickE on Flickr under Creative Commons License.

Shop for beautiful designer clothes, one-off fashions and lots of other goodies while enhancing your tan under the glorious Florida sunshine. South Beach is one of Miami's most popular shopping destinations, where streets such as Lincoln Road and Washington Avenue boast designer stores and shops selling jewelry, books, gifts and souvenirs.

Among the big retail and designer names you can expect to see at South Beach are Tommy Hilfiger, Kenneth Cole and Nicole. There is also a collection of ultra-trendy independent boutiques. Head down Lincoln Road, a long pedestrianized artery packed with shops, restaurants and galleries. The road also attracts artisans who sell beautiful pieces of handcrafted jewelry.

Some of the world’s biggest fashion designers, such as Versace, Diesel and Armani can be found on Collins Avenue, which is also known as "The Strip", and is situated in the Art Deco district. If you are looking for vintage clothing or something to dazzle the crowds at a nightclub, search the store shelves and racks on Washington Avenue. Together, Washington and Collins Avenue are known as the pulsating center of South Florida nightlife. Come back here once the sun has gone down to let your hair down and party until the small hours.
How it works: A discovery walk features a route using which you can explore a popular city neighborhood on your own. This walk, along with other self-guided walks in over 1,000 cities, can be found on the app "GPSmyCity: Walks in 1K+ Cities" which can be downloaded from iTunes App Store or Google Play to your mobile phone or tablet. The app's built-in GPS navigation functions allow following this walk route with ease. The app works both online and offline, so no data plan is needed when traveling abroad.