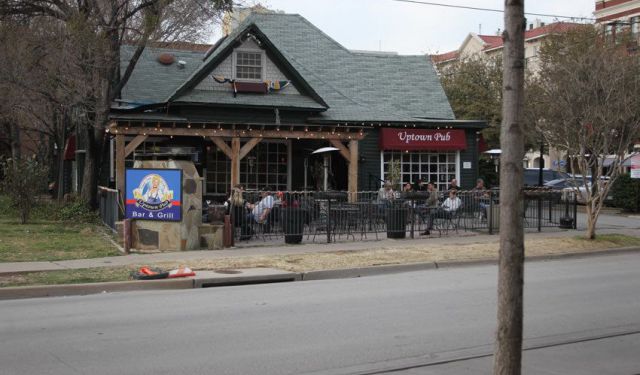 Image by Mckinney Avenue on Flickr under Creative Commons License.

West Village has the same trendy, laidback vibe as SoHo in New York or Robertson in Los Angeles. It ticks all the boxes for a great place to spend some time. There are upscale dining options as well as one-of-a-kind restaurants, bars and cafés. Furthermore, there are plenty of boutiques, spas and art galleries, and perhaps most importantly, an all-pervasive warm and friendly atmosphere. It is perhaps not surprising then that this has become one of the city's most popular walking and dining districts.

One of the hippest parts of Dallas can be found in West Village, and that is McKinney Avenue. This artery is always buzzing with activity and has a thrilling nightlife. During the day shoppers browse the boutiques, shops and art galleries. Then they relax in the glorious spas, smart bars and fashionable restaurants. To cater for the younger crowd, there are several sports bars on McKinney Avenue.

So popular and so successful is this street that there is now a streetcar, called the McKinney Avenue Trolley. It will transport you from uptown to downtown with ease and in comfort. For shopping, dining and walking on picturesque streets among welcoming locals, West Village is difficult to beat.
How it works: A discovery walk features a route using which you can explore a popular city neighborhood on your own. This walk, along with other self-guided walks in over 1,000 cities, can be found on the app "GPSmyCity: Walks in 1K+ Cities" which can be downloaded from iTunes App Store or Google Play to your mobile phone or tablet. The app's built-in GPS navigation functions allow following this walk route with ease. The app works both online and offline, so no data plan is needed when traveling abroad.