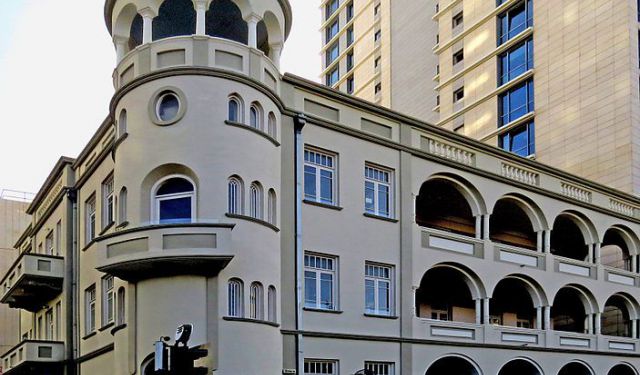 Tel Aviv has approximately 4,000 Bauhaus buildings that are collectively known as White City, and are recognized by UNESCO as a World Heritage Site. It was constructed from the 1930s to the 1950s and contains a magnificent ensemble of buildings that were designed by architects trained in Europe. This area has largely been restored over the last 20 years.

As you study the buildings, pause to appreciate the elements of Bauhaus architecture that make them stand out. They include clean cuts, simplicity and white walls. No doubt, you will become familiar with the balconies, building pillars, flat roofs and “thermometer” windows, which have become trademarks of Tel Aviv.

This is one of the coolest places to be in the city, and there are lots of cafés, restaurants and boutiques to explore while you are here. Go down Rothschild Boulevard, which has the distinction of being one of the first Tel Aviv streets designed as a public space. Relax on the benches of its central garden, and walk or cycle along its pedestrian or bike lanes. Make the most of your time in this wonderful part of Tel Aviv, widely lauded for its unique atmosphere, delightful architecture and great dining spots.
How it works: A discovery walk features a route using which you can explore a popular city neighborhood on your own. This walk, along with other self-guided walks in over 1,000 cities, can be found on the app "GPSmyCity: Walks in 1K+ Cities" which can be downloaded from iTunes App Store or Google Play to your mobile phone or tablet. The app's built-in GPS navigation functions allow following this walk route with ease. The app works both online and offline, so no data plan is needed when traveling abroad.