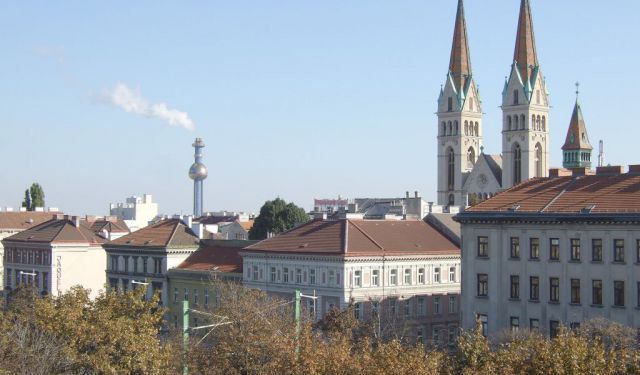 Josefstadt is the smallest district in Vienna. Most mayors of Vienna have lived here, as does Austria's current president.
How it works: Download the app "GPSmyCity: Walks in 1K+ Cities" from iTunes App Store or Google Play to your mobile phone or tablet. The app turns your mobile device into a personal tour guide and its built-in GPS navigation functions guide you from one tour stop to next. The app works offline, so no data plan is needed when traveling abroad.

This place is dedicated to the famous noble family named Liechtenstein. They are one of the oldest known royal families in all of Europe. You will find works here that were taken directly from the family treasures that help to also document the history of the famous family. It also houses a notable private collections of art works; one of the larger in the world in fact.

To visit the whole of the museum, though, you will have to go to several locations, as it has developed into a proper complex over the years. The two main structures to visit are the Garden Palace that is located in the Ninth District, and the City Palace, which is to be found in Bankgasse.

The Liechtenstein Garden Palace is perhaps the more exceptional of the two, and this may be the way to go, if you only have time to visit one place. Prince Johann von Liechtenstein had the home built in the early 1700s. There were many famous artisans of the day who contributed to the design, including the likes of 18th Century artists Rossi, Felucca, and Giuliani.
The groundskeepers are very strict, so you need to stay out of places marked off limits, as well as keeping off grass in the park. The place is fully handicap accessible though.


Image by Gryffindor on Wikimedia under Creative Commons License.
Sight description based on wikipedia
2

The Josephinum Museum is a true one of a kind place to visit. It was built in 1783, by a commission from the Emperor of the time, to be part of a medical teaching academy. In more recent times, the institution has been turned into a place to house the medical collection of the University of Vienna. The structure was designed by Isidore Canevale.

Joseph II had the place built as a school to teach physicians, nurses, and midwives how to care for people. One of the unique things about the place is the wax models that are housed here. They were originally used to teach anatomy to new students. Paolo Mascagni designed them. There are over 1100 different models to see, which are housed in six different display rooms.

Besides the main attraction, though, you can also find out a lot about the 600 year history of medicine in Austria, which has been so meticulously documented here over the years. You will need to take a guided tour to see the majority of the museum though. Only a few rooms are open to just browsing by the general public.

Image by Gryffindor on Wikimedia under Creative Commons License.
3

Located at Berggasse 19 is Sigmund Freud’s house and office where the practice of psychoanalysis began. Freud lived and worked here from 1892 to 1938. The home and office are now a museum that also has a lecture hall, shop, and library.

Sigmund Freud and his family had to flee to England in 1938 to escape anti-Semitic feelings (he died in London in 1939). During the hasty departure, what possessions that could not be moved with the family were sold. Sigmund Freud’s youngest daughter Anna worked with the museum to redecorate the home and office to match the original decor. Some of the original furnishings and antiques were used. Also on display are some of the personal library selections of Sigmund Freud. There is also a film of the Freud family in the 1930s with commentary by Anna which makes the film very special.

The museum has been carefully added to over the years: always remaining faithful to the original home and office. So while the building is now a museum, it is still easy to see the original home with the original furnishings and be transported back to a time when Dr. Freud had his practice here.

Tip:
Don't wait until they open the door for you, they will not. Approach the door and buzz to get in.

The Votive Church (German: Votivkirche) is a neo-Gothic church located on the Ringstraße. Following the attempted assassination of Emperor Franz Joseph in 1853, the Emperor's brother Archduke Ferdinand Maximilian inaugurated a campaign to create a church to thank God for saving the Emperor's life. Funds for construction were solicited from throughout the Empire. The church was dedicated in 1879 on the silver anniversary of Emperor Franz Joseph and his wife Empress Elisabeth.

The Votivkirche has the typical form of a Gothic cathedral: a facade with two slimline towers and three gabled portals with archivolts and a gallery with statues above the portals, central portal twice as wide as the side portals, rose window, crowned by the roof gable of the nave, belfries and a transept spire, buttresses, abutments and flying buttresses. This imposing church constitutes a harmonious whole through the proportions, arrangement, spaciousness and unity of style of all the elements.

The Emperor window, donated by the City of Vienna, depicted the deliverance of the Emperor, saved from assassination by Maximilian Graf O'Donnell von Tyrconnell, but this original theme was lost when the windows were destroyed during World War II. The replacement window was restored by the City of Vienna in 1964, albeit modified to reflect the changing times. The detail of the actual moment of the Emperor's deliverance was lost, and although otherwise faithful to the original design, the replacement took on a less monarchical and more religious tone.
Image by Gryffindor on Wikimedia under Creative Commons License.
Sight description based on wikipedia
5

The Volkskundemuseum Wien/Austrian Museum of Folk Life and Folk Art is a museum dedicated to cultural history as well as historical and present everyday culture in Europe. Establishing a platform for the interaction between various academic disciplines and fields of arts, the museum offers an open space for researching and negotiating discourses in society.

The museum collections originate from the former Habsburg crown lands, today numbering more than 100.000 three-dimensional objects and more than 200.000 photographies and graphics and being continuously extended.

Established in 1896 Michael by Michael Haberlandt und Wilhelm Hein, the museum is housed in the Schönborn Garden Palace in the Josefstadt district of Vienna since 1917. As a cultural institution rooted in the 19th century, from early on the museum has encountered a constant development and reorientation according to the respective academic, political and societal turns of the 20th century.

Why You Should Visit:
Great collection of native art & everyday objects. Especially strongly represented here is anything made of wood – from cabinets and tables to Austria's very famous (and colorful) wood carvings.

Tip:
The museum café is especially attractive and has a wonderful outside garden to sip your tea or wine in warmer weather.