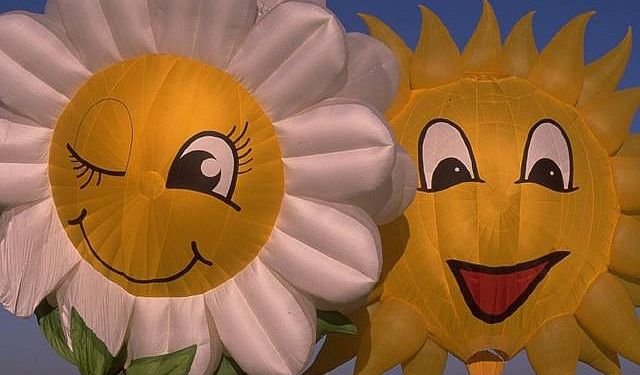 Image by battlecreekcvb on Flickr under Creative Commons License.

In addition to Salt Lake City's historic and cultural landmarks, there are many attractions that will entertain and delight your children. Visit the city's museums, theaters and parks, and enjoy some family fun time. Take this tour to visit the best kid-friendly attractions in Salt Lake City!
How it works: Download the app "GPSmyCity: Walks in 1K+ Cities" from iTunes App Store or Google Play to your mobile phone or tablet. The app turns your mobile device into a personal tour guide and its built-in GPS navigation functions guide you from one tour stop to next. The app works offline, so no data plan is needed when traveling abroad.

That year, it had become evident that TCMU had reached the physical limits imposed by its current building, and the decision was made to relocate and expand to better serve the community. In 2002, a bond issue was approved by Salt Lake County voters to fund the relocation of TCMU to a new, larger building in the Gateway District of Salt Lake City. Ground was broken on the new Museum on 22 September 2005. Less than one year later, on 16 September 2006, TCMU opened to the public at its current location and officially became Discovery Gateway.

Everything at Discovery Gateway is designed with kids in mind. The exhibits are all interactive and hands-on. Exhibits on the second floor of the museum include the Garden, where kids can play music together on a giant marimba. Just behind the Garden is Kid's Eye View, a kid-sized town where kids can shop, build structures, or feed the animals on the Utah Family Farm. The third floor of the museum features the Story Factory, where kids can put on a play, draw a comic strip, or make a stop-motion animated film. Also located on the third floor is the Studio, where the worlds of science, invention, and art meet.


Image by Scott Catron on Wikimedia under Creative Commons License.
Sight description based on wikipedia
2

The Clark Planetarium is situated within the Gateway District and was opened in April 2003, replacing the historic Hansen Planetarium. This theater is the first "pitless" digital dome planetarium in the USA.The theater seats 205 and features individual interactive seat button controls. Designed around Evans & Sutherland's Digistar 3 planetarium system, six high resolution projectors mounted behind the dome at the cove line work together, each "blending" its edges to form a single seamless video stream over the entire dome. What results is an entirely new way to experience the universe, in 3 dimensions with a resolution far beyond high definition video. In late 2011, the system was updated to a Digistar 4. A specially tuned 13,000 watt sound system with 5.1 surround sound and 21 speakers is installed behind the screen. Clark Planetarium Productions is one of the few informal science education institutions with the resources to create and distribute its own fulldome animation content.

The Clark Planetarium features 10,000 square feet (930 m2) of free exhibits including the newly installed "Science on a Sphere," a computer animation globe by NOAA. Also unique is "Newton’s Daydream," the most ambitious audio-kinetic sculpture ever created by artist George Rhoads. Other popular exhibits include a Foucault pendulum, Earth Globe, Meteorites, Telescope displays, and updating video from the Hubble Space Telescope and NASA TV. The Clark Planetarium is also one of the few institutions to have an authentic moon rock sample on permanent loan from NASA. This rock was obtained from the Apollo 15 mission and is displayed in a special exhibit showing the Apollo moon landings.

The EnergySolutions Arena is an indoor arena owned by Jazz Basketball Investors, Inc. The arena seats 19,911 people and has 56 luxury suites and 668 club seats. Opened in 1991, the arena was known as the Delta Center until EnergySolutions purchased the naming rights, effective November 20, 2006. The arena is the home of the NBA's Utah Jazz. From 2006 to 2008, the arena was the home of the Arena Football League's Utah Blaze. It was also home to the figure skating and short track speed skating competitions of the 2002 Winter Olympics (during the Olympics, the arena was referred to as the Salt Lake Ice Center).
Image by Paul Fisk on Wikimedia under Creative Commons License.
Sight description based on wikipedia
4

The Lion House Pantry, located in the heart of historic downtown Salt Lake City, offers a wide selection of homemade dishes. They have preserved the best recipes from pioneer households. The menu changes daily but a few favorites appear regularly. The dessert here is especially delicious. A hostess dressed in period costume greets you when you enter, and the restaurant preserves a pioneer atmosphere. The walls and shelves are decorated with Mormon antiques.
Image by williamcho on Flickr under Creative Commons License.
5

Salt Lake City has numerous parks and squares, but City Creek Park is one of the best. The park is located just a short walk from downtown. Stroll through the park and enjoy the fountains, monuments, and picturesque views. Sandstone and river rock used as building materials lend an authentic feel to the park.
Image by bobindrums on Flickr under Creative Commons License.
6

The Children's Theatre was founded in 1988 and offers children the opportunity to grow and learn through performance. They help cultivate children's creativity through dance, musical theater and singing. The Children's Theatre has a dedicated and professional staff. Performers range in age from 6 to 18. Some of the plays staged include Ferdinand the Bull, The Frog Prince, Little Woman and Romeo & Juliet. The theater is considered one of the best in the state for those training to become an actor or actress. Come see a show by these talented young performers.
Image by Abhisek Sarda on Flickr under Creative Commons License.
7

The Gallivan Center is an urban plaza in the heart of downtown Salt Lake City. It opened in 1993. Also known as the John W. Gallivan Utah Center, it is named in honor of John W. Gallivan. Located between State and Main and 200 South and Broadway, it serves as Salt Lake City's outdoor living room. It is furnished with an array of unique art projects, an amphitheater/stage, ice rink, large chess board, light wells and an aviary. Crowds gather for weekday lunches and lunchtime concerts. Countless other events fill the Gallivan Center with people. Especially popular are summertime twilight concerts. It was popular gathering place during the 2002 Olympic Winter Games. Kazuo Matsubayashi's Asteroid Landed Softly Sundial is one of the prominent features of the plaza.
Image by empracht on Flickr under Creative Commons License.
Sight description based on wikipedia