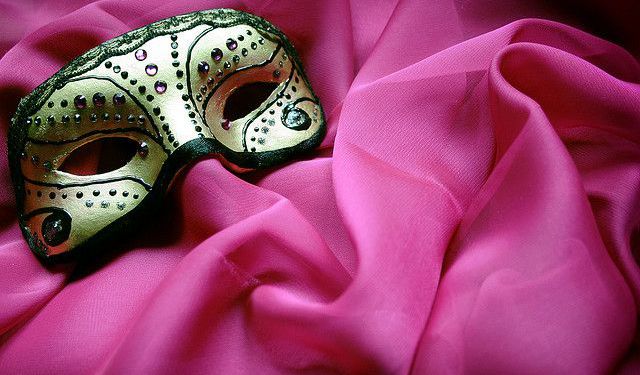 Turku has a vibrant cultural life expressed in several theaters, cinemas, a number of exciting galleries and the city philharmonic orchestra. Turku’s popular annual events such as Medieval Market, Turku Music Festival and “Christmas Peace” transform the look of the city and offer a lot of entertainment. Take this self-guided walking tour to discover Turku’s most visited cultural venues.
How it works: Download the app "GPSmyCity: Walks in 1K+ Cities" from iTunes App Store or Google Play to your mobile phone or tablet. The app turns your mobile device into a personal tour guide and its built-in GPS navigation functions guide you from one tour stop to next. The app works offline, so no data plan is needed when traveling abroad.

Founded in 1946 and settled on the bank of the Aura River, Turku City Theatre is the oldest municipal professional theater. It is a significant piece of both architectural and cultural landscapes of the city. State of the art cinema and more than a hundred actors of the theater entertain about one hundred thousand people annually.
Image by Markus Koljonen on Wikimedia under Creative Commons License.
2

The Brinkala Mansion is a beautiful building best known for the tradition of public declaration of Christmas peace; it started here in 1886 from the balcony of the mansion that is known as the Christmas peace balcony. The origins of the mansions date back to the 16th century when it was a town house and a hotel. Today the mansion’s courtyard is home to various events such as the Medieval Market.
Image by Kalajoki on Wikimedia under Creative Commons License.
3

Galleria Inter's welcoming, glass, boutique-style exterior has always made both tourists and locals stop by and enjoy beautiful art displayed inside, that can be seen from the street. Galleria Inter houses huge collections of paintings of well-known local artists, as well as young emerging talents. So many different styles of artistic impressions are gathered here under one roof: portraits, natural scenery, impressionist works, black and white abstract paintings and many others.
Image by gumdropgas on Flickr under Creative Commons License.
4

Conveniently located in downtown Turku, Auran Galeria is a modern, private art gallery that exhibits a fascinating collection of contemporary art, including abstract and impressionist paintings, in a spacious environment. Lovely statues and ceramic items are also found in Auran Galeria.
Image by Pamela V White on Flickr under Creative Commons License.
5

B Gallery is a lovely addition to the cultural scene of Turku. The gallery’s changing exhibitions are there to provide a connection between young, emerging talents and art lovers. Inexpensive artistic works of any kind can be found here. The gallery also hosts concerts, lectures and art workshops. Within the gallery, B butik is a trendy shop selling jewelry and designer clothes.
Image by Peter Alfred Hess on Flickr under Creative Commons License.
6

Turku Concert Hall is located on the north side of the Puutori market square. The hall was designed by architect Risto-Veikko Luukkonen and constructed in 1952. It was the first concert hall in Finland. The Turku Philharmonic Orchestra primarily performs at the concert hall but there are many top international venues that perform there as well.

There is one auditorium in the building and it was designed for concerts. Its audience capacity is 1,002. The acoustics are excellent. In addition to concerts, conferences, plays, fairs and other events take place in the hall.

Image by Zache on Wikimedia under Creative Commons License.
Sight description based on wikipedia
7

In 2006, Finnkino took over Finnish theatrical distribution for films by United International Pictures' partner studios, Paramount Pictures (including films by DreamWorks) and Universal Pictures, after UIP decided to move its Finnish distribution base from Buena Vista International, which started distributing UIP's films in Finland in 2002 after UIP shut down its Finnish distribution offices. Finnkino had already distributed these studios' films on video for several years. Finnkino distributed Star Wars when the movie's special edition was released in theaters.

Image by Michael (mx5tx) on Flickr under Creative Commons License.
Sight description based on wikipedia