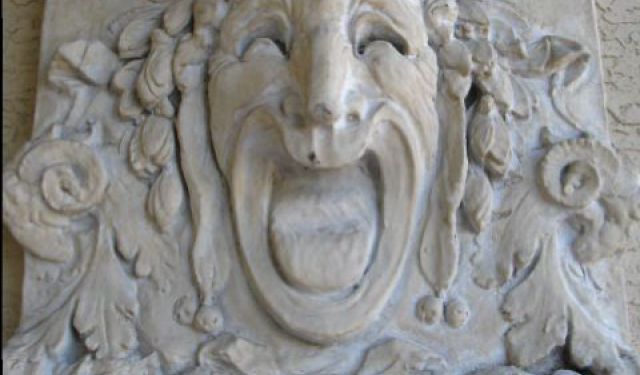 Image by srqpix on Flickr under Creative Commons License.

Sarasota's theaters are some of the city's biggest cultural attractions. With its famous city landmark, Van Wezel Performing Arts Hall, and the amazing Regal Hollywood Stadium 20, you'll definitely find something that will suit your taste. This tour will guide you through some of the best cultural venues in Sarasota.
How it works: Download the app "GPSmyCity: Walks in 1K+ Cities" from iTunes App Store or Google Play to your mobile phone or tablet. The app turns your mobile device into a personal tour guide and its built-in GPS navigation functions guide you from one tour stop to next. The app works offline, so no data plan is needed when traveling abroad.


Image by Clyde Robinson on Flickr under Creative Commons License.
2

Florida Studio Theater or FST was initially the clubhouse of The Women's Club of Sarasota. It was opened in 1915 and is part of a small group of Sarasota Tudor structures. In '79 the club moved out of the building which then housed the Florida Studio Theater. The building is in the traditional Mediterranean Revival style. It is a non-profit theater that produces contemporary plays, with 25,000 subscribers a year, more than any theatre its size in the country. It has been in operation since 1973 and currently serves over 160,000 attendees per year. Its major programs include the Mainstage Series, the Cabaret Series, Stage III, New Play Development, and WRITE A PLAY. The FST campus is a village of theatres and performances spaces. These spaces include the historic Keating and Gompertz Theatres, the Parisian-style Goldstein Cabaret, the John C. Court Cabaret and The Green Room café and bar. FST’s education program offers over 20 classes weekly for both children and adults. Classes are offered each week in theatre, dance and music. FST also provides community outreach programs for the financially disadvantaged, physically and mentally challenged youth and nursing home residents. Florida Studio Theatre provides a Children and Adult Scholarship Program for about 15 percent of all participants with full or partial tuition waivers. The 2012-2013 classes include Play Reading Club, Playwriting Workshop, Sketch Comedy, Adult Acting, Acting for the Camera, Spoken Word and Improvisation. The Florida Studio Theatre Cabaret series opened in 1996 and now houses both musical and improvisation performances. The program focuses on celebrating the lyric poets of our time, as well as presenting social and political satire. The Cabaret caters to the creation of new work and has produced 40 world premieres.
Image by FST15 on Wikimedia under Creative Commons License.
Sight description based on wikipedia
3

Opening Hours:
Mon-Fri: 10am-5pm, during shows and events
Image by srqpix on Flickr under Creative Commons License.
Sight description based on wikipedia
4

Opened in 1971, the Golden Apple Dinner Theatre is a nice mix of great dining experience and mesmerizing theatre performance. Having 281 seats and a horseshoe shape, this place has produced over 300 musicals and plays. Having received many awards for excellence, it's a sure bet you'll enjoy your time here at Golden Apple Dinner Theatre.
Image by Performing Arts / Artes Escénicas on Flickr under Creative Commons License.
5

Founded in 1984, the Sarasota Film Society is a non-profit organization supported by the community. The cinema screens a broad selection of movies that are, especially, independent and artistic. The Society also hosts the annual 10-day CINE-World Film Festival that takes place in November and plays the year's best 40 independent movies. It is one of the best places in Sarasota to watch an independent film.
Image by srqpix on Flickr under Creative Commons License.
6

Located in a quiet area with good restaurants and shops, Burns Court Cinema features both foreign and art films that include independent and lesser-known movies. You can also have a glass of beer or wine and a wide variety of food that will satisfy any gourmand. Moreover, the cinema also houses the CineWorld International Film Festival that starts in November. This cinema is a must-go for any movie fan.
Image by reynermedia on Flickr under Creative Commons License.

At the heart of Sarasota there is a true shopping harbour - the St. Armand Circle. Its large number of shops, art galleries and restaurants will definitely satisfy any customer looking for something special to buy. The next tour will take you through some of the best shops that range from men's and women's clothing, to general sportswear and extravagant designer shops.