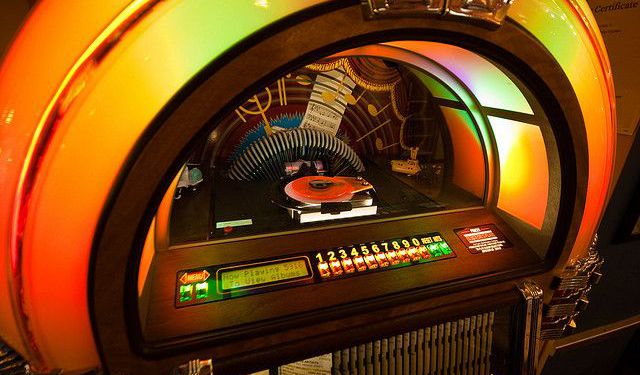 Chester offers fantastic opportunities for the whole family. Inside the city, parents and children alike will find places of interest, including but not limited to the Miniature Railway, Dewa Roman Experience and The Old Sweet Shop. Take a day out with the family and enjoy the wonderful atmosphere, fun and pleasant memories for your children.
How it works: Download the app "GPSmyCity: Walks in 1K+ Cities" from iTunes App Store or Google Play to your mobile phone or tablet. The app turns your mobile device into a personal tour guide and its built-in GPS navigation functions guide you from one tour stop to next. The app works offline, so no data plan is needed when traveling abroad.

The Blue Bell is at 63–65 Northgate Street in Chester. Originally it consisted of two medieval houses which were joined together in the 18th century. The pavement runs through the ground floor storey of the northern part of the building, leaving a separate cabin or chamber between the pavement and the road.

The building dates from the mid to late 15th century, and is said to be the oldest surviving intact medieval house in Chester. It formed part of Lorimer's Row, a group of buildings with an arcade at ground level, as distinct from the Rows in the centre of the city whose walkways are at the first floor level. From an early date, the south part of the building has been an inn, its first license possibly dating from 1494. In the 19th century the southern part of the building was an inn while the northern part housed a shop. The inn closed in the 1930s. In 1948 the building was used as an antique shop but its condition deteriorated so much that it was threatened with demolition. In the 1950s the Chester Civic Trust campaigned for its survival, it was restored, and has since been used as a clothes shop and, more recently, as a restaurant.

The building is timber-framed on a sandstone plinth with brickwork added later which has subsequently been rendered and painted. The two buildings comprising the whole have separate frames each with roofs leading to gables over the street. At ground level the southern part of the building has an arcade open to the street with a pier to the south and an octagonal column south of the centre. The northern part has a separate cabin or chamber adjacent to the street with the walkway between its rear and the rest of the building.

Image by Peter I. Vardy on Wikimedia under Creative Commons License.
Sight description based on wikipedia
2

Mrs Benson’s Traditional Sweet Shop is a famous shop and is as old as the city. The shop is loved by both locals and tourists. Here you will find any sweets you could imagine, including traditional bagged Sweets such as Bon Bons and Fruit Pips. Novelty chocolates such as Orange Chocolate Fish, Chocolate Rabbits and Chocolate Mice are also offered at The Old Sweet Shop.

Image by Christian Cable on Flickr under Creative Commons License.
3

Once upon a time, Romans built a Dewa fortress as part of their ever expanding empire. The fortress is buried under the city these days, yet families may venture across ancient grounds and see what it might have been like for Romans living in the time period. Here you will admire archaeological remains, such as pottery and Roman armor. Audio-visual presentation is also available.

Chester Quasar is perfect place to play games. Here, children of all ages as well as adults can take the wonderful adventure of science fiction. Battle zones from the 21st century, laser weapons and other activities will truly make Chester Quasar a memorable stay. Make sure you visit the popular entertainment center.
Image by Dual Freq on Wikimedia under Creative Commons License.
5

Roman Gardens was formed in 1949 and offers a collection of Roman artifacts, columns and underfloor heating systems popular to ancient times. Visitors may follow the path in the park which runs from Pepper street to the river Dee. The park is generally very quiet and relaxing. It is a good spot to relax with children and learn more about the Roman influence on Chester.
Image by Rex Roof on Flickr under Creative Commons License.
6

Grosvenor Park is a public park in the city of Chester. It consists of 20 acres (8.1 ha) of land overlooking the River Dee. It is regarded as one of the finest and most complete examples of Victorian parks in the North West of England. The land, which formerly consisted of fields, was given to the city by Richard Grosvenor, 2nd Marquess of Westminster. The Marquess also paid for the design of the park by Edward Kemp. It was laid out in 1865–66 and opened with great celebration in November 1867.

A number of cultural and horticultural events, including events in the Summer Music Festival, are held in the park. Also in the park is the Grosvenor Park Miniature Railway which was built in 1996 to commemorate the centenary of the Duke of Westminster's railway at Eaton Hall. It has a gauge of 7.25 inches (18 cm) and a circuit of 0.25 miles (0.40 km).
Image by Green Lane on Wikimedia under Creative Commons License.
Sight description based on wikipedia