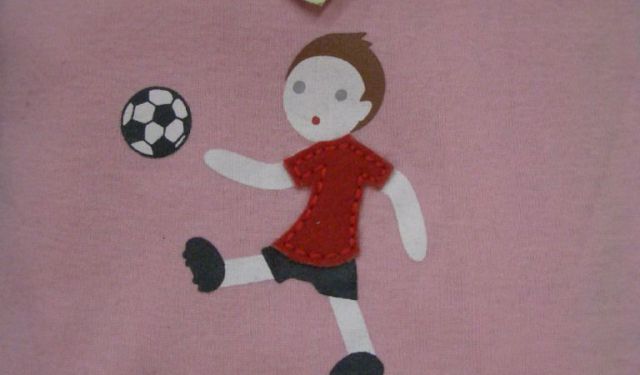 Image by pansonaut on Flickr under Creative Commons License.

The city of Stuttgart offers its visitors incredible exhibitions at the Natural Historical Museum, lovely playgrounds, souvenir and toy shops and many more things for great family fun. This walking tour will take you to the most interesting places, which will turn your Stuttgart adventure into great family excitement.
How it works: Download the app "GPSmyCity: Walks in 1K+ Cities" from iTunes App Store or Google Play to your mobile phone or tablet. The app turns your mobile device into a personal tour guide and its built-in GPS navigation functions guide you from one tour stop to next. The app works offline, so no data plan is needed when traveling abroad.

Settled in the Rosenstein Palace, Museum Rosenstein is part of the Natural History Museum of Stuttgart. In its large exhibition, visitors can see an amazing, huge collection of botanical, zoological and palaeontological relics. Bring your kids here, so they can learn about the evolution process and see fascinating exhibitions of wild animals.

Image by Immanuel Giel on Wikimedia under Creative Commons License.
3

Wilhelma, built as a royal palace, is now a zoo in the northern suburbs of Stuttgart, Baden-Württemberg, Germany. It is Europe's only large combined zoological and botanical garden and is home to over 8,000 animals from over 1,000 different species and exotic plants from over 5,000 species. The zoo is famous for keeping all four kinds of great apes, all in families with offspring, as well as for its aquarium featuring animals and plants from all over the world. It was also the home of the polar bear Wilbär. The Wilhelma was originally a royal palace, in Moorish Revival style, and echoes such buildings as the Alhambra Palace. After the Second World War, it was gradually converted to its present day use. Besides animals and plants, the Wilhelma is therefore also worth visiting for its architecture, which is intact since the mid-19th century.
Image by dierk schaefer on Flickr under Creative Commons License.
Sight description based on wikipedia
4

Located in the heart of the huge Stuttgart Zoo, Wilhelma Garden is a picturesque park that offers a lot of entertainment for great family fun. Beautiful flower composition, animal statues, hilariously shaped trees and bushes, lovely pathways and children playgrounds makes the Garden a perfect place for a fantastic day out.
Image by Milestoned on Flickr under Creative Commons License.
5

The Museum am Löwentor was opened in 1985 and became a very popular tourist destination in Stuttgart for its world famous collection of archaeological findings. The exhibitions include the remains of a giant frog, dinosaurs’ skeletons from the Triassic age, Ice Age mammals and lizards. Kids will love all the fascinating decorations and impressive amber stone collection.

Image by Ra'ike on Wikimedia under Creative Commons License.

When the sun goes down, Stuttgart turns into one vibrant and unforgettable festivity. Local nightlife offers its visitors fabulous dance clubs, cozy pubs and foxy bars to suit any mood. Take this walking tour to embark upon a funky Stuttgart nightlife adventure.