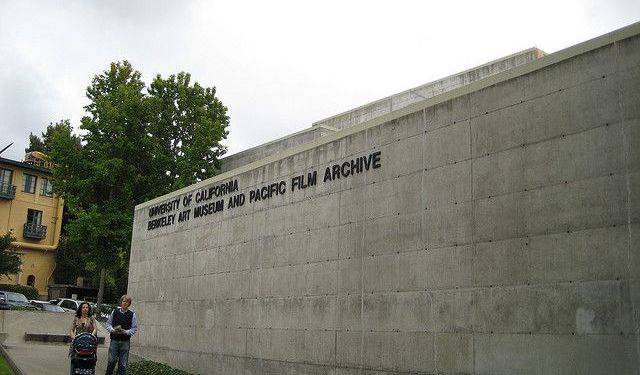 Image by ronnieliew on Flickr under Creative Commons License.

Famous Museums and Galleries in Berkeley (Self Guided), Berkeley

Berkeley is home to several significant museums, including the University of California Museum of Paleontology, the Phoebe A. Hearst Museum of Anthropology, and the Berkeley Art Museum and Pacific Film Archive. The city is also home to art galleries, allowing emerging artists to continue the city’s cultural life.
How it works: Download the app "GPSmyCity: Walks in 1K+ Cities" from iTunes App Store or Google Play to your mobile phone or tablet. The app turns your mobile device into a personal tour guide and its built-in GPS navigation functions guide you from one tour stop to next. The app works offline, so no data plan is needed when traveling abroad.

Image by Abby Lanes on Flickr under Creative Commons License.
2

The Arts & Crafts Cooperative, Incorporated Gallery, founded in the 1950s, contains exhibitions of paintings, ceramics, jewelry, photography, and works in wood and glass by local artists. Fine arts and crafts can also be purchased here. In these ways, this gallery encourages the emergence of young artistic talent.
Image by ThisIsTheZ on Flickr under Creative Commons License.
3

3) University of California Museum of Paleontology (must see)

The museum is within the Valley Life Sciences Building (VLSB), designed by Arthur Brown Jr. Its collections are primarily intended for research and are thus not accessible to the public. A limited number of fossils from the collection is on display in the VLSB. Although located on the Berkeley campus, the museum is the primary locality for storing fossils collected statewide. The original fossils, around which the current collection has grown, were those gathered as part of the California Geological Survey from 1860-1867.

Image by UC Bill on Wikimedia under Creative Commons License.
Sight description based on wikipedia
4

The Berkeley Art Museum and Pacific Film Archive (BAM/PFA) is associated with the University of California at Berkeley. The director is Lawrence Rinder who was appointed in 2008.

The current Berkeley Art Museum building was built in 1970 and designed by Mario Ciampi. The building was deemed seismically unsafe in 1997, and iron braces were added in 2001 to slightly improve its safety. In 1999, the Pacific Film Archive moved to a temporary building across the street.

In 2008, BAM/PFA unveiled plans for a new visual arts center, to be designed by the Japanese architect Toyo Ito and located in downtown Berkeley, across the street from UC Berkeley's main entrance. However, in 2009, those plans were cancelled. Citing the weak economy and trouble raising the necessary funds, BAM/PFA decided to retrofit and enlarge the former University of California Press printing plant at that site, a 1939 Art Deco building on the California Register of Historic Resources and qualified to be on the National Register of Historic Places.

5) Phoebe A. Hearst Museum of Anthropology (must see)

The Phoebe A. Hearst Museum of Anthropology was founded in 1901 under the patronage of Phoebe Apperson Hearst, the original goal of the museum was to support systematic collecting efforts by archaeologists and ethnologists in order to support a department of Anthropology at the University of California.

The Museum was originally located in San Francisco from 1903 (open to the public as of 1911) until 1931, when it moved to the campus of the University of California at Berkeley. On the Berkeley campus, the Museum was located in the former Civil Engineering Building until 1959, when it was moved to the newly built Kroeber Hall.

Today the Museum functions as a research unit of the University of California.