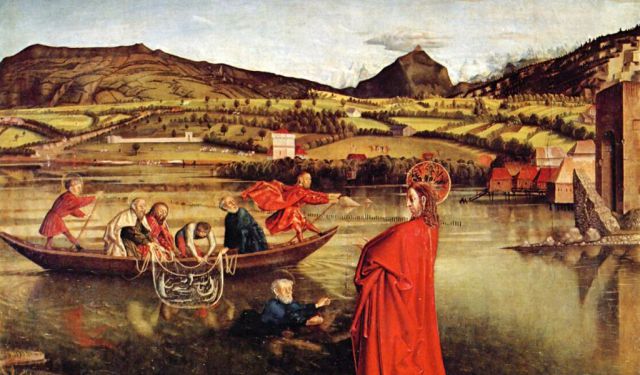 Image by Witz, Konrad on Wikimedia under Creative Commons License.

Geneva is the home of many interesting and impressive art museums. Some of them are unique in the world. A great part of the valuable collections was donated by passionate Genevian collectors, who have managed to obtain the rarest examples of both antique and contemporary art. Large exhibitions of Fine Arts and Oriental Art are most impressive. Take the following tour to discover the most popular art museums of Geneva:
How it works: Download the app "GPSmyCity: Walks in 1K+ Cities" from iTunes App Store or Google Play to your mobile phone or tablet. The app turns your mobile device into a personal tour guide and its built-in GPS navigation functions guide you from one tour stop to next. The app works offline, so no data plan is needed when traveling abroad.

Fondation Baur is the largest museum in the country dedicated to Asian art. It is located in the beautiful 19th century house of Alfred Baur, who brought together a collection of Chinese porcelain, jade and Japanese art objects which stands out as one of the most beautiful private collections in Europe today. A private collection reflects the preferences of an amateur and, as such, reveals the spirit of his time. Baur chose to buy "small quantities of rare works of art rather than large numbers of articles of inferior quality".

Asian Art is full of symbols and it has something mysterious and magnetic about it. Here you will admire rare examples of Chinese and Japanese Art of the past thirteen centuries. Amongst them are Chinese ceramics and snuff-bottles, engravings, Japanese lacquer, netsuke, ivories and many others.

Image by Sandrine Tesner on Flickr under Creative Commons License.
2

The largest art museum in Geneva was built at the beginning of the 20th century. Its Fine Art section has paintings from the Middle Ages to the 20th century, with works by the Italian, Dutch, French, English, Genevan and Swiss Schools. The best-known painting is 'The Miraculous Draught of Fishes' (1444) by Konrad Witz, contained in Witz's St. Peter Altarpiece. Other major artists include Rembrandt, Cézanne, Modigliani, and the sculptor Rodin. The museum also has numerous works by Jean-Étienne Liotard, Ferdinand Hodler, Félix Vallotton and Jean-Baptiste-Camille Corot. The collection of works by the Genevan Neoclassical painter Jean-Pierre Saint-Ours (d. 1809) is much the best of any museum.

The Applied Art section has collections of Byzantine art, icons, weapons from the Middle Ages and Renaissance, silverware and tinware, musical instruments and textiles. The complete interior furnishing and wood panelling from several rooms of the Lower Castle Zizers (late 17th century) have been built into the museum.

The Archaeology section displays findings from European prehistory, ancient Egypt (with a mummy from the 9th century BC), the Kerma culture of Sudan, the Near East, ancient Greece, and Roman and pre-Roman Italy, as well as a numismatic cabinet.

Image by Benedek Andras under Creative Commons License.
Sight description based on wikipedia
3

The Barbier-Mueller Museum, founded in 1977. Its collection contains over 7,000 pieces and includes works of art from the Tribal and Classical antiquity periods as well as "primitive" paintings and sculptures, masks, fabrics, jewelry and ritual accessories with peculiar ornaments. The museum has gained international acclaim through itinerant exhibitions, the loans to other museums, and the publication of numerous catalogues and art books.

Opening Hours: Daily: 11 am-5 pm.
Image by Moumou82 on Wikimedia under Creative Commons License.
Sight description based on wikipedia
4

Countess Zoubov was a brilliant woman, who took a great interest in art, beauty and delicate things. The palace Zoubov Foundation Museum is located in a structure that was built in the first half of the 18th century. Countess Zoubov first gathered up collections in the French style. She decorated its rooms with the rare objects - ceramic, porcelain and beautiful carpets, as well as furniture, paintings and other items - she had bought during her numerous travels.

The Musée Rath in Geneva is an art museum used exclusively for temporary exhibitions. It is the oldest purpose-built art museum in Switzerland, having been built between 1824-26 by the architect Samuel Vaucher on behalf of the Société des arts. Vaucher designed the building as a temple of the muses, inspired by Ancient Greek temples.

At first the museum was used for both permanent and temporary exhibitions, as well as art teaching and as a cultural meeting place. By 1880 it had become too small for its collections. Since the opening of the larger Musée d'Art et d'Histoire in 1910, the Musée Rath has been devoted to temporary exhibitions of Swiss and international art, and archaeology.

The museum was founded in 1994 and is located in a former industrial building. Its three floors house brilliant collections of European modern and contemporary art, beginning with the 1960s. All of its pieces were donated and given by private collectors and artists. The paintings, sculptures and photographs are really amazing.

Geneva Photography Center is the only center of its kind in Geneva. The concept was to promote fine art photography as a trend in art. The center puts on about a dozen exhibitions each year. The photographs shown here reflect the modern life of the city. Brilliant photographers exhibited here managed to catch rare moments and to render them into photos in order to give us a better understanding of Geneva’s life.

The night life scene of Geneva offers a variety of venues for a nice evening out, and a unique and spectacular experience. The majority of the bars and pubs are located in the downtown area and are available from the late evening into the early hours of the morning. Take this tour if you are looking for a memorable night out, and a place to relax and enjoy yourself in the city of Geneva