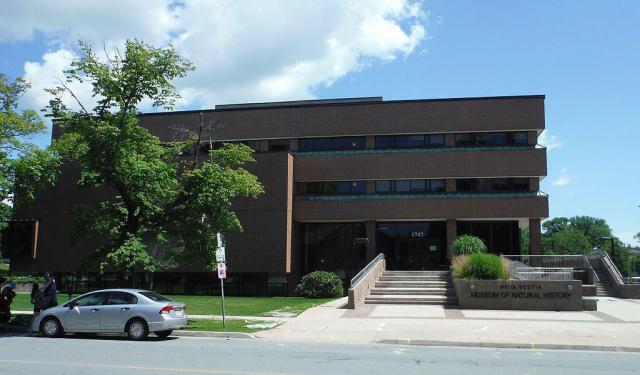 Image by Hal peridol on Wikimedia under Creative Commons License.

Because Halifax has a rich history its museums have much to offer visitors. You will be surprised to find out many new facts about ordinary things at the Discovery Centre, learn about the city's history in the Maritime Museum of the Atlantic, the Army Museum and the Costume Studies Musueum, admire nature in the Museum of Natural History and Thomas McCulloch Museum and discover Canadian pastimes in the Nova Scotia Sport Hall of Fame.
How it works: Download the app "GPSmyCity: Walks in 1K+ Cities" from iTunes App Store or Google Play to your mobile phone or tablet. The app turns your mobile device into a personal tour guide and its built-in GPS navigation functions guide you from one tour stop to next. The app works offline, so no data plan is needed when traveling abroad.

The Discovery Centre has been a popular attraction for all ages since it was opened to the public in 1990. This unique interactive museum offers about eighty activities, including creating a roller coaster, exploring shadows and illusions, making soap bubbles and many other exhibits. It also features fun educational movies such as The Human Body and Creatures of the Deep, as well as a great gift shop.
Image by meddygarnet on Flickr under Creative Commons License.
2

2) Maritime Museum of the Atlantic (must see)

The Maritime Museum of the Atlantic is the oldest and largest maritime museum in Canada with a collection of over 30,000 artifacts including 70 small craft and a steamship: the CSS Acadia, a 180 foot steam-powered hydrographic survey ship launched in 1913. The Museum was founded in 1948. It was first known as the Maritime Museum of Canada and located at HMC Dockyard, the naval base on Halifax Harbour. Several naval officers served as volunteer chairs of the Museum until 1959 when Niels Jannasch was hired as the Museum's founding director, serving until 1985.

The museum moved through several locations over the next three decades before its current building was constructed in 1981 as part of a waterfront redevelopment program. Today the Museum is part of the Nova Scotia Museum system. In addition to all the artifacts, museum also has a collection of 30,000 photographs, as well as a large collection of charts and rare books. A reference library, open to the public, is named after the Museum's founding director, the Niels Jannasch Library.

Image by Jared Grove on Wikimedia under Creative Commons License.
Sight description based on wikipedia
3

The Nova Scotia Sport Hall of Fame was officially opened in 1964, though the idea to create it had come earlier. Initiated by the mayor at the time, J.E. Ahern, its location has changed several times. Currently it is inside the World Trade and Convention Centre. Its collection is dedicated to the spirit and glory of historic Nova Scotian sporting events and athletes, including interactive exhibits.
Image by PinkMoose on Flickr under Creative Commons License.
4

The Army Museum, located in an enormous granite citadel built in 1856, was opened to the public in 1953. Its extensive collection includes nearly 70,000 items related to Nova Scotia’s military history, including weapons, uniforms, medals and other awards. This museum also has a gift shop offering great souvenirs.
Image by daniel villar onrubia on Flickr under Creative Commons License.
5

The Nova Scotia Museum of Natural History features temporary and permanent exhibits related to the region’s biology, geology and zoology. It includes the Butterfly House and the Marine Gallery where visitors can actively explore the interactive exhibits. The pride of the museum is a tortoise named Gus, who is over 60 years old.
Image by Verne Equinox on Wikimedia under Creative Commons License.
6

Thomas McCulloch Museum is dedicated to the president of Dalhousie University over 150 years ago. Located in the Department of Biology, its collection includes a number of birds, insects, shells and coral specific to Nova Scotia. A collection of ceramic mushrooms by Alma and Ernst Lorenzen can also be found here, as well as new pieces being acquired periodically.
Image by eeekkgirl on Flickr under Creative Commons License.