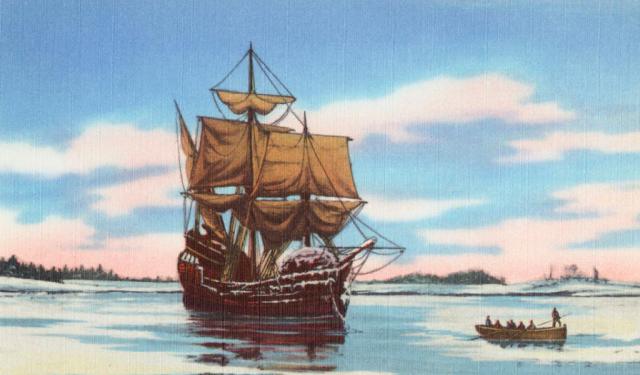 Plymouth's Barbican neighbourhood is the oldest in the city, located in the old harbour area. Being one of the few parts of the city to escape destruction during the WWII Blitz, the Barbican boasts architecture from the early sixteenth century and on. Discover Barbican's wonderful mix of historic buildings, lively pubs and restaurants with this walking tour guide.
How it works: Download the app "GPSmyCity: Walks in 1K+ Cities" from iTunes App Store or Google Play to your mobile phone or tablet. The app turns your mobile device into a personal tour guide and its built-in GPS navigation functions guide you from one tour stop to next. The app works offline, so no data plan is needed when traveling abroad.

Black Friars Distillery, England's oldest operating gin distillery, is the proud home of Plymouth Gin since 1793. The building was erected in the early 15th century, and the Refectory - oldest part of the building, still has the original Medieval hall and timber roof. Regular guided tours will make you a true connoisseur of the art of gin-making and of course, of everything pertaining to this world famous drink.
Image by Ben30 on Flickr under Creative Commons License.
2

One of the most acclaimed British artists of modern times, Robert Lenkiewics (December 31, 1941 – August 5, 2002), was another famous Plymouth resident. Notable for his large scale paintings, he did several murals in his dear city. Though somewhat damaged, 'The Last Judgment' remains a great insight into the artist's work.
Image by nikon80cat on Flickr under Creative Commons License.
3

The Kaya Gallery offers a vast selection of artwork prints by world renowned artists, as well as original pieces by emerging local and national sculptors and photographers. The Gallery also stocks a collection of unique gifts like celebrity autographs, sourced from the most reputable autograph dealers.
Image by Ghada Amer on Flickr under Creative Commons License.
4

Over time, the historic Barbican has been an inspiration for many renowned artists. Visit the Barbican Gallery on Southside Street for a chance to browse through or purchase a print of the works of Beryl Cook and others, and get closer to the atmosphere that inspired these masterpieces.
Image by Cameraman Phil on Flickr under Creative Commons License.
5

Plymouth's legendary Cap'n Jaspers restaurant, claiming a global following for its unusual style and unique character, is definitely the place to visit in the Barbican. Around for over 30 years, this seafront eatery offers half yard hot dogs, chili cheeseburgers and any kid of relish one could imagine.
Image by didbygraham on Flickr under Creative Commons License.
6

The pub also provided the setting for the BBC's poorly reviewed animated Janner comedy series Bosom Pals, which was based on some of the characters in Cook's paintings and featured the voices of Dawn French as the lead character Stella, Alison Steadman as her best friend Joan, and Timothy Spall as the Dolphin's real-life landlord Billy Holmes.

Image by Chris Williamson on Flickr under Creative Commons License.
Sight description based on wikipedia
7

Though a sea-monster in some people's eyes, The Barbican iconic Shrimp sculpture is affectionately nicknamed by the locals the Barbican Prawn and guards the entrance to the harbour. This imaginative piece of urban art was installed as part of Plymouth's Council's efforts to reinvent the maritime city.
Image by antonyhollingworth on Flickr under Creative Commons License.