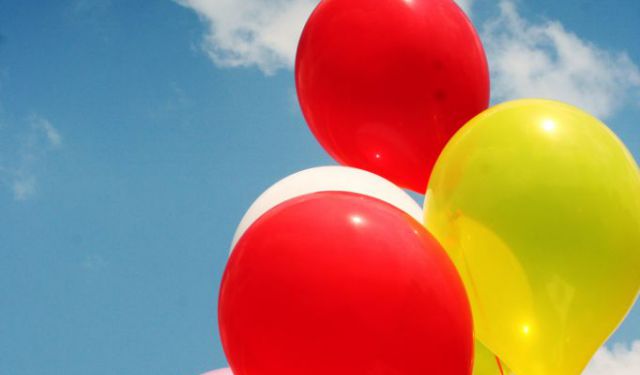 Image by CharlotteSpeaks♥{Charlo tte.Morrall} on Flickr under Creative Commons License.

Belgrade is a children-friendly city. It is in a Serbian tradition to take along their offspring on walks, as there are plenty of places to go for a whole family. The children will be excited to spend a day at the Belgrade Zoo, the Botanical Garden, run through Tašmajdan Park, or catch up with some school classes in the Tesla Museum and then lose themselves in a chocolate shop.
How it works: Download the app "GPSmyCity: Walks in 1K+ Cities" from iTunes App Store or Google Play to your mobile phone or tablet. The app turns your mobile device into a personal tour guide and its built-in GPS navigation functions guide you from one tour stop to next. The app works offline, so no data plan is needed when traveling abroad.

The Belgrade Good Hope Garden is the zoo situated at the very center of the city, in Kalemegdan Park. It was founded in 1936 and is one of the oldest zoological gardens in Europe. The zoo covers an area of 7 hectares (17 acres), and has 2,000 animals of 270 species. Besides wild animals, it abounds in domestic animals too. Contributing to the zoo's present look are the many newly-built facilities, drinking-fountains, a wooden sculpture gallery (the work of sculptor Vuk Bojović), and a nursery for young animals - the Baby Zoo. For its 60th anniversary, the zoo received a monument dedicated to its most famous resident - Sammy the chimpanzee.

Image by Boksi on Wikimedia under Creative Commons License.
Sight description based on wikipedia
2

San Marina Chocolaterie is a true chocolate heaven. This little shop serves a great variety of mouthwatering chocolates, cakes, caramels, and candies of all shapes and flavors: banana, blackberry, cocoa, chili, pepper, honey, coffee and many others. The shop is a favorite place for both locals and tourist who seek to indulge themselves and their offspring with something delicious and memorable.

Image by ginnerobot on Flickr under Creative Commons License.
3

Boško Buha Theatre was founded in 1950 by Gita Predić-Nušić i Đurđinka Marković, as first Serbian professional theatre for the children.

Now, it is one of the most famous Serbian children theatre, with numerous festivals and plays. It was named by Boško Buha, who was a young Partisan who used to be one of the greatest icons of World War II in the former Yugoslavia.

Image by J. Albert Vallunen on Wikimedia under Creative Commons License.
Sight description based on wikipedia
4

Skadarlija Street is an attraction in its own right and a pleasure to one's eyes. The upper part of the street has building facades painted in images of houses, courts and streets, using perspectives and visual effects, so as to trick one into believing they are in front of a real patio and not just a wall. The murals depicts scenes of old Belgrade, with its curved little streets, arches and maze-like inner yards and lanes.
Image by motoyen on Flickr under Creative Commons License.
5

The Jevremovac botanical garden was founded in 1874 by the decree of the Ministry of Education of the Kingdom of Serbia, on the initiative of Josif Pančić, a famous botanist who also became its first manager. In 1889, King Milan Obrenović donated the estate to the Great School in Belgrade for the creation of a botanical garden, provided that it be named "Jevremovac" (the Serbian for "Jevrem's Garden"), in honor of his grandfather. The same name was eventually adopted by the surrounding neighborhood. The arboretum spreads over an area of 50,000 square metres and has over 250 species of trees and bushes including local, European and exotic plants. Its total plant population now includes some 500 trees, bushes and herbaceous plants. Besides the open space, the arboretum also holds a greenhouse and the Institute of Botany.

Pelivan is reportedly the best ice cream parlor in Belgrade. It's an old cafe and pastry shop that has been featured in the contemporary literature. The place is famous for its vast selection of flavors, friendly atmosphere and lasting traditions. It is loved unreservedly by anyone who comes here, and reminds children that their parents were once kids too.
Image by stu_spivack on Flickr under Creative Commons License.
7

Tašmajdan, or just Taš, is a public park and neighborhood in Belgrade. For the most part it is just a park, while its northern and far western sections are quite urbanized. During the First Serbian Uprising and the subsequent Siege of Belgrade in autumn of 1806, the leader of the uprising, Karađorđe, set his camp in Tašmajdan and conducted the liberation of Belgrade from there. A mound in the eastern part of the park was used for public reading of decrees and laws. Together with the surrounding area, it now forms a historical complex called Stari Beograd (Old Belgrade), while the park itself lies within the natural reserve zone of Miocenski Sprud-Tašmajdan. Within Tašmajdan is a sports complex and a children's amusement park.

The Nikola Tesla Museum is a scientific museum, one of its kind in terms of preserving the heritage of Nikola Tesla, the world's famous inventor. Its permanent exhibition was arranged in 1955. From time to time there have been some modifications, but the basic concept of it has remained the same. Alongside a memorial exhibition documenting Tesla's life, the museum offers an interactive display with 3D models of Tesla's inventions. Periodically, there are themed exhibitions of documents, photographs and other materials, outlining certain periods of Tesla's work and life.