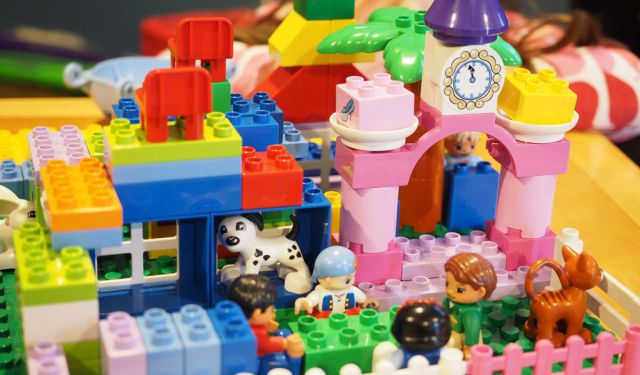 Image by Dana on Flickr under Creative Commons License.

Bonn, beside having an incredible variety of attractions for grown-ups, offers an accordant number and selection of places to visit for children of all ages and personalities. The attractions will offer kids not only positive impressions, but will also provide them with much useful information. Take the present guided tour to give your children a day full of pleasant memories to take back home.
How it works: Download the app "GPSmyCity: Walks in 1K+ Cities" from iTunes App Store or Google Play to your mobile phone or tablet. The app turns your mobile device into a personal tour guide and its built-in GPS navigation functions guide you from one tour stop to next. The app works offline, so no data plan is needed when traveling abroad.

The Egyptian Museum of Bonn University exhibits a collection of the most beautiful and interesting objects. With around 700 pieces being exhibited, it is the most important collection of Egyptian culture in North Rhine-Westphalia. The permanent exhibition offers a comprehensive picture of ancient Egyptian cultural history, starting from the fourth millennium BC to the third century AD. The three divisions provide a clear overview of ancient civilization. In addition to a separate area dedicated to the worship of the dead and the afterlife, the exhibition includes detailed temple architecture, facts about the role of the Pharaoh in the religion and the relationship between humans and gods. The featured clothing, jewelry and tools provide visitors with a better understanding of the daily life of the time. The Book of the Dead fragments, papyri, and many other objects illustrating the rich, literary Egyptian culture are also presented in the museum's collection.

Image by ChunHsin Chu on Flickr under Creative Commons License.
2

The Kennedy Bridge (German: Kennedybrücke) is the middle of Bonn's three Rhine bridges (North, Kennedy and South bridge) and connects the city center of Bonn on the left side with the town center of Beuel on the right side. In July 1895, a competition for the bridge was announced.

Gutehoffnungshuette from Oberhausen, R. Schneider from Berlin and the architect Bruno Moehring won the 1st prize awarded with 8,000 marks. The winners also received the contract to build the bridge. In April 1896 the construction began and 33 months later the bridge was opened for public traffic. At this time, with a main span of 188 meters, it was the largest and by its situation in front of the picturesque Siebengebirge most beautiful bridge over the Rhine. On December 2, 1963, just ten days after the assassination of U.S. President John F. Kennedy the bridge was renamed to Kennedy Bridge in the presence of U.S. Ambassador George McGhee and Bonn's mayor Dr. William Daniels. The 3-phased reconstruction (north side, south side, road surface) began on April 16, 2007 and should be completed in April 2010. After the reconstruction the bridge will be 10 meters wider than before (26.80 meters in total).

Image by Leit on Wikimedia under Creative Commons License.
Sight description based on wikipedia
3

Woki Cinema is a very popular venue for children and teenagers. The place includes two cinema halls featuring the latest and most popular movies and cartoons, as well as old ones that are definitely worth a visit. The seats in the watching rooms are very comfortable and visitors have lots of space to move around. The cafe of the cinema offers fresh and tasty popcorn and other snacks, as well as soda and juice. The staff is always nice and welcoming and prices are the lowest in Bonn.
Image by psd on Flickr under Creative Commons License.
4

Ludus Spielwaren is a small, but unusual and very inviting toy shop. The selection of toys includes numerous unique wooden toys, plush animals and dolls of the highest quality. The distinguishing feature of the shop is that the staff not only allows little visitors to look at and choose toys to buy, but even lets them play with the toys. Many celebrations and parties are organized in Ludus Spielwaren. Visitors are welcome mon - fri - 10.00 - 19.00, sat - 10.00 - 17.00.
Image by garryknight on Flickr under Creative Commons License.
5

Puppendoktor Thomas Dahl is a clinic, but not an ordinary one. It's a clinic that cures the wounded little friends of children - dolls, stuffed animals and teddy bears. Thomas Dahl, the clinic's principal doctor, has been repairing toys for over a quarter of a century. He began by repairing dolls that were given to him as gifts, but subsequently, when he understood that this was his life job, Thomas Dahl started buying old toys from markets and antique shops, repairing and collecting them. His favourite dolls are the Kathe Kruse dolls. Visitors to the clinic will have the chance to see the doctor's work place, the tools and the necessary material for "healing" the toys. Some of the antique dolls and toys are on sale. Visitors are welcome tue - fri - 10.00 - 18.00.
Image by Aunt Owwee on Flickr under Creative Commons License.
6

6) The Botanical Gardens (must see)

The Botanical Gardens are one of the top attractions when visiting Bonn. The six and a half hectares of gardens and arboretum are managed by the Bonn State University. Initially, the Botanical Garden, which was the private garden of the Archbishop of Cologne, was designed in Renaissance style, but in 1720 it was transformed to Baroque. During World War Two, the place was seriously damaged. Nowadays visitors, especially children, are invited to admire the three thousand species of palms, orchids, rainforest trees, carnivorous plants and many other showpieces grouped by species and origin. A gift shop is available. Visitors are welcome from April to Octomber every day except sat - 10.00 - 18.00 and from November to March - mon - fri - 10.00 - 16.00.
Image by Hardo on Flickr under Creative Commons License.
7

Goldfuss Museum is a museum managed by the University of Bonn that perserves and exhibits paleontological showpieces from the nineteenth century. It was named in honour of Georg August Goldfuss - a famous German palaeontologist and zoologist. The museum was opened in 1910 and has since collected an incredible number of fossils, petrified plants and shells, as well as bones of snakes, mammals and dinosaurs from all around the world. Visitors are welcome mon - fri - 09.00 - 16.00, sun - 13.00 - 17.00.
Image by jimmiehomeschoolmom on Flickr under Creative Commons License.