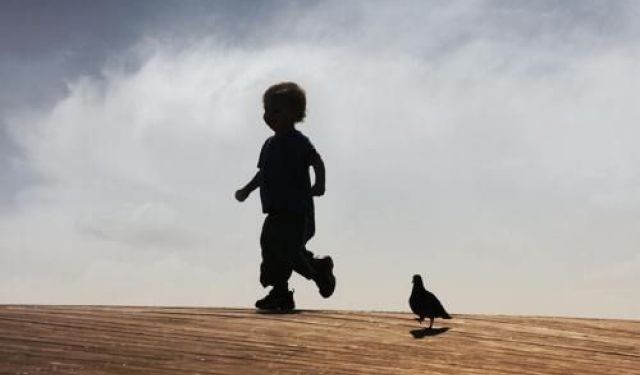 Image by Photos8.com on Flickr under Creative Commons License.

Bologna is such a beautiful city, with many fascinating buildings, art galleries and museums that are interesting for both adults and kids. It also has wonderful parks and amazing toy shops children will love. This self-guided tour will lead you to Bologna’s best attractions for kids.
How it works: Download the app "GPSmyCity: Walks in 1K+ Cities" from iTunes App Store or Google Play to your mobile phone or tablet. The app turns your mobile device into a personal tour guide and its built-in GPS navigation functions guide you from one tour stop to next. The app works offline, so no data plan is needed when traveling abroad.

Giocare ai Giardini Margherita is a perfect place to go for a walk with your kids. It has a small beautiful lake filled goldfish and turtles. The park sells ice cream, balloons and cotton candy and offers many fun activities for the whole family.
Image by zadeus on Flickr under Creative Commons License.
2

La Sorbetteria Castiglione probably has the best gelato, a frozen Italian dessert similar to ice cream, in the city. It offers an extensive menu of delicious flavors, including cremino ludovico with hazelnut and cocoa butter, and dolce contagio with pine nuts and carmelized walnuts.
Image by Alessio Damato on Wikimedia under Creative Commons License.
3

Città del Sole is a shop that sells every kind of game imaginable. There are games for all ages, including video games, science and nature games and educational games for infants, just to name a few.

The Two Towers, both of them leaning, are the symbol of the city. They are located at the intersection of the roads that lead to the five gates of the old ring wall. The taller one is called the Asinelli while the smaller but more leaning tower is called the Garisenda. Their names derive from the families which are traditionally credited for their construction between 1109 and 1119.

It is believed that the Asinelli Tower initially had a height of ca. 70 m and was raised only later to the current 97.2 m. The Asinelli Tower was used by the scientists Giovanni Battista Riccioli and Giovanni Battista Guglielmini for experiments to study the motion of heavy bodies and the earth rotation. The Garisenda Tower has today a height of 48 m with an overhang of 3.2 m. Initially it was approximately 60 m high, but had to be lowered in the 14th century due to a yielding of the ground which left it slanting and dangerous. In the early 15th century, the tower was bought by the Arte dei Drappieri, which remained the sole owner until the Garisenda became municipal property at the end of the 19th century.

Image by Palickap on Wikimedia under Creative Commons License.
Sight description based on wikipedia
5

Piazza Maggiore, Bologna’s main square, houses Palazzo Comunale and Palazzo del Podesta. The latter was the seat of the municipal government for many years. Arengo Tower stands behind a palace in this square, as well as a beautiful fountain of Neptune and an old magnificent church.
Image by Gaspa on Wikimedia under Creative Commons License.
6

Ta-Boo! is a shop that will captivate the heart of your kids. This shop sells all kinds of model kits of cars, ships and other things, including machines from popular films like Star Wars. You can find simple models, ones with moving parts and battery-powered ones as well.
Image by John Baker on Wikimedia under Creative Commons License.
7

Museo Civico Medievale is dedicated to the history and culture of the medieval era. It is housed in the 15th century Palazzo Fava Ghisilardi. The museum’s collection comes from all over the world, including Pre-Colombian, Asiatic and African art, gold Lombard crosses, Byzantine ivory, glass, ceramics and frescoes by great artists.

Carusi is one of the best shops in Bologna to find mouthwatering sweets. Parents and children will enjoy its Majani chocolate, leavened biscuits, handmade sweets and other Italian specialties.