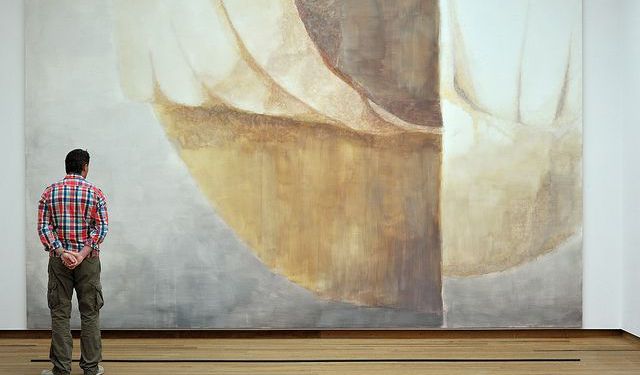 Image by FaceMePLS on Flickr under Creative Commons License.

Maastricht is notable for its hilly landscape, paved roads and famous labyrinthine caves. Moreover, Maastricht was the city where the treaty establishing the European Union was signed. Its long history and rich culture are reflected in the amazing array of art and artifacts on display at Maastricht's museums and art galleries. Visit Maastricht’s fabulous cultural attractions on this tour.
How it works: Download the app "GPSmyCity: Walks in 1K+ Cities" from iTunes App Store or Google Play to your mobile phone or tablet. The app turns your mobile device into a personal tour guide and its built-in GPS navigation functions guide you from one tour stop to next. The app works offline, so no data plan is needed when traveling abroad.

Roman remains were found during excavations at the planned building site of the Derlon Hotel. It was decided to preserve the finds and display them to the public in the cellar of the hotel. Visit the Derlon Cellar Museum to learn more about the Roman Empire during the 2nd, 3rd and 4th centuries. Here you can see a part of a Roman square, walls, a gate and a road.
Image by Otter on Wikimedia under Creative Commons License.
2

Rob van Rijn Gallery was founded in 1986 by Rob van Rijn. It specializes in classical modernism and displays prominent local artists’ paintings and sculptures created during the second half of the 20th century. Besides showcasing work by dozens of artists in its permanent collection, the gallery often organizes exhibitions of young and talented contemporary painters and sculptors. It also values and restores paintings.
Image by Rob van Rijn Gallery under Creative Commons License.
3

Museum Aan Het Vrijthof is housed in the so-called Spanish Government building, one of the oldest non-religious buildings in Maastricht, facing the city's main square, Vrijthof. The building was originally part of the ecclesiastical territory of the chapter of the church of Saint Servatius and was probably built for one of the chapter's canons. In the early 16th century the house was rebuilt and enlarged. At that time the facade on the ground floor was largely blind, except for an arched gateway that led into the courtyard.

In 1954, the wealthy couple Frederik Wagner and Ambrosina de Wit bequeathed their art collection to a foundation based in the city of Maastricht. Since 1973 the Wagner-De Wit collection has been on display in what was then called Museum Spaans Gouvernement. From 2010 till 2012 the museum closed for renovations and extensions. The renovation included a partial restoration of the originally largely blind facade of the Spanish Government building. The extension consisted of adding a neighbouring building to the museum's exhibition space, as well as roofing over the courtyard. The enlarged museum is now about two and a half times bigger than the old premises.

Image by Saturn V on Wikimedia under Creative Commons License.
Sight description based on wikipedia
4

Dis Gallery is located in the center of Maastricht in the Dis Hotel. It occupies a spacious hall and exhibits pieces by modern artists specializing in painting, sculpture, glasswork, woodwork, color printing, contemporary furniture and more.
Image by Dis Gallery under Creative Commons License.
5

If you are interested in wildlife and want to learn more about local flora and fauna, geology and paleontology, visit Natuurhistorisch Museum, which is located in the Old City. The museum occupies the building of the former Grey Sisters Cloister. The most valuable exhibits are the Cretaceous fossils, the remains of a Mososaur and giant turtles. There is also a large collection of precious stones. You can learn how climate change is impacting the region in the Dynamics department. The museum has an adjacent garden situated on the bank of the River Jeker.
Image by Mark Ahsmann on Wikimedia under Creative Commons License.