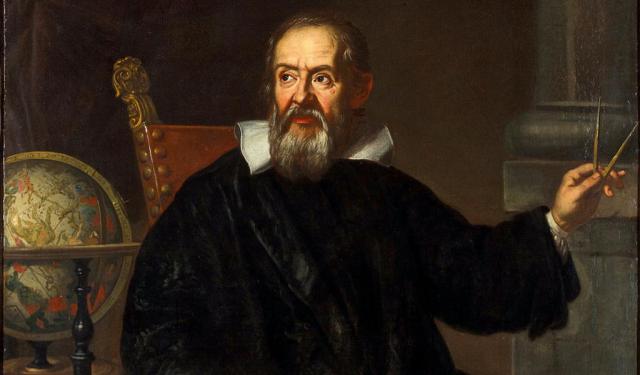 Pisa is a city of great heritage, with a number of fascinating museums that tell the story of the life and history of the city and its people. Through their paintings, clothes, sculptures and other artifacts these museums offer a great window into Pisa's past. Take this walking Tour to see the best museums in the city.
How it works: Download the app "GPSmyCity: Walks in 1K+ Cities" from iTunes App Store or Google Play to your mobile phone or tablet. The app turns your mobile device into a personal tour guide and its built-in GPS navigation functions guide you from one tour stop to next. The app works offline, so no data plan is needed when traveling abroad.

The Museo del Sinopie is housed in part of the former Hospital Santa Chiana, built in 1257 by Giovanni di Simone. You really shouldn’t miss visiting the museum because it will help you to understand the amazing amount of work that went into creating the magnificent frescoes that adorn many ancient buildings. First of all you must understand that a fresco was executed fairly quickly, as it was painted onto fresh plaster, and usually several artists took part in its creation. The pigments and the plaster then dried at the same time, making the fresco amazingly resistant to time and water damage. Although the fresco was painted by many people, the sinopia was created by the master artist. It is, quite simply, a sketch done in the reddish-brown pigment composed of iron oxides from the Sinop area of Turkey. It is sketched onto a preliminary layer of plaster and covered with another, fine layer of plaster onto which the fresco is painted.

Each sinopia differs according to its artist, as you will see in the museum. Some artists just did rough outline sketches, while other sinopias are highly detailed. Of course, the sinopia was never meant to be seen, so the museum’s collection is very rare and offers a wonderful occasion to see the original work of great masters such as Benozzo Gozzoli and Buonamico Buffalmacco. The senopias, which include scenes from the Old Testament, the “Triumph of Death”, the “Last Judgment” and “Hell”, were discovered in 1944 when American artillery set fire to the Camposanto Monumentale and damaged many of the 14th century frescoes. The frescoes that could be saved were removed, using the delicate “a strappo” technique, revealing the senopias underneath. These in turn were removed using the same technique and have been on display in the museum since 1979.

The Museo dell'Opera del Duomo of Pisa is located in Piazza del Duomo , in the building that was a seminary, academy of fine arts and convent.

It was opened in 1986 to house the treasure of the cathedral, the remains removed from the sacred monuments for the sake of restoration and preservation, and all those works that are no longer present, the various buildings or monumental complex that required a public exhibition space. Among the sculptures are remarkable works of Tino Camaino and Giovanni Pisano , including the Virgin and Child in ivory , carved by John in 1300 for the high altar of the Cathedral.

Image by Sailko on Wikimedia under Creative Commons License.
3

You will find the Scuola Normale Superiore housed in the Palazzo della Carovana in the medieval quarter of Pisa. Part of the Pisa University system, it is a public school of higher education. It was founded in 1810 by Napoleon Bonaparte while Tuscany was annexed to the French Empire. He intended it to be a twin to the Ecole Normale Supérieure in Paris, but when Tuscany reverted to Italian rule in 1814, the project was suspended. The palace was used by the Order of St Stephen as a school of theology and in 1840 they suggested expanding it to a boarding school to prepare secondary school masters. This was granted and the Order remained honorary patrons, while the school came under the jurisdiction of the University.

In 1862 religious education was eliminated and the school was separated into two faculties, one for Arts, and the other for Sciences. In 1932 the school received formal autonomy from the University and two new colleges were added: the “Collegio Mussolini per le Science Corporative” and the “Collegio Nazionale Medico”. These two faculties later became the “Collegio Medico-Giuridico”. The library was created at the same time as the school and today its 800,000 books and 40,000 periodicals are housed in three buildings: the Palazzo della Carovana, the Palazzo della Gherardesca and the Palazzo del Capitano. It is the biggest open-shelf library in Italy and one of the largest in the world.

Image by James & Vilija on Flickr under Creative Commons License.
4

If you are a bibliophile and an amateur scientist you shouldn’t miss a visit to the Domus Galilaeana, which you will find on the Via Santa Marie. Mid-way between a library and a museum, the Domus houses over 40,000 books and files published by notable scientists of the 20th century, while retaining important references to Galileo and his works. A domus was a house occupied by the Roman upper-classes, who in turn had borrowed the word from the ancient Greek “domi”. The building that now occupies the library dates back to the 17th century and was once part of an observatory tower, which was destroyed in the early 18th century.

The idea to dedicate a library/museum to Galileo and other scientists began in 1938, suggested by Giovanni Gentile and sponsored by the Italian Society for the Progress of Science, who wanted it ready for the first meeting of Italian Scientists in 1939. The whole idea was to promote Italian superiority in the scientific world, and in 1941 it received its official status as an important receptacle of historical scientific works. Since then it has collected and has registered all the ancient and modern publications relating to Galileo and has established a chronological History of Science with publications of Fermi and Pacinotti among other notable researchers.
Image by Sailko under Creative Commons License.
5

There is much more to Pisa than its Leaning Tower, and it would be a shame if you missed a visit to the Museo Nazionale di Palazzo Reale, although it might be a good idea to check up on opening times first. This little visited museum is housed in an elegant building designed in the 16th century by Buontalenti. It stands on the banks of the River Arno and was once lived in by illustrious families: the Medici’s, the Lorena’s and the Savoia’s all left their mark on this lovely palace. Today the building is mostly administrative offices, but 20 rooms have been kept for the museum. These rooms are full of furnishings and the private collections of the families who once lived here. There is also armor once used in the Gioco del Ponte (the Bridge Game).

The items date from the 17th to the 19th centuries and include manuscripts, portraits and paintings and the Flemish and Florentine tapestries that belonged to the Medici’s. You will also be able to admire a predella panel from the polyptych of Saint Nicolas of Tolentino. A predella was the painting along the frame at the bottom of an altarpiece, usually depicting scenes from the life of the subject in the main panel. The predella in the museum was executed in 1500 by Raphael.

Opening hours: Monday-Saturday: 9 am- 2 pm; Closed on Tuesdays and Sundays.
Image by Sailko on Wikimedia under Creative Commons License.
6

The archaeological Museum of Ancient Ships of Pisa has been open to the public since June 16, 2019, its exhibition taking place inside the rooms and spans of the Medici Arsenals, divided into eight sections. Displayed are the ancient ships and finds discovered in 1998. Numerous transport ships and river boats were found perfectly preserved, due to the particular situation of complete lack of oxygen and the presence of underground aquifers. Thus, a large amount of perishable materials such as wood, ropes, baskets, fishing gear and utensils were extracted. Furthermore, a large part of the cargo of these ships contained in amphorae and vessels was recovered. Following in-depth studies, it was possible to trace back and validate hypotheses on the area of ​​origin of the ships, which would have arrived from various parts of the Mediterranean: Gallia, Campania, Adriatico, etc.

You will find the Galleria d’Arte Moderna e Contemporanea in the Lungarno Mediceo building, not far from the National Museum of San Matteo. This fascinating gallery, more commonly known as Centro Art Moderna, opened its doors in 1976, but its founder, Nilvano Sbrana, had been interested in modern art since the nineteen forties and he gathered together artists and private collectors to help him build the first gallery of its kind in the city. The gallery boasts 200 square metres of exhibition space, separated into three spacious rooms. The permanent collection comprises over 15000 paintings, sculptures, lithographies, etchings and photos, with over 1000 of them on view in rotating exhibitions.

The collection covers the period from the mid 19th century to the beginning of the 20th century. The gallery also hosts exhibitions put on by private collectors, featuring works by Volpi, Tozzi, and Annigoni among many others. The temporary exhibitions display works by artists from all over Italy and several from other European countries. These exhibitions pay particular attention to Tuscan art from the second half of the 20th century to the present. You can admire offerings by artists including Franco Banti, Mario Meucci, Aspren Simonelli and Luca Squarciapino. Today the gallery is run by Maximilian Sbrana, who is an expert at finding new talent. The exhibitions are always well attended by collectors and art critics.
Image by Giovanni Maria Morandi on Wikimedia under Creative Commons License.
8

The 14th and 15th century sculptures feature works by Nicola Pisano (who sculpted the pulpit in the Baptistery) and his son Giovanni – who is renowned for his statues in the façade of the Baptistery and the Cathedral’s pulpit. The museum also displays fine works by della Robbia and Donatello. Perhaps the highlight of the museum is the tempera on wood panel of Saint Paul, created in 1426 by Masaccio. It is the only surviving panel of an altarpiece commissioned for a chapel in Santa Maria del Carmine.