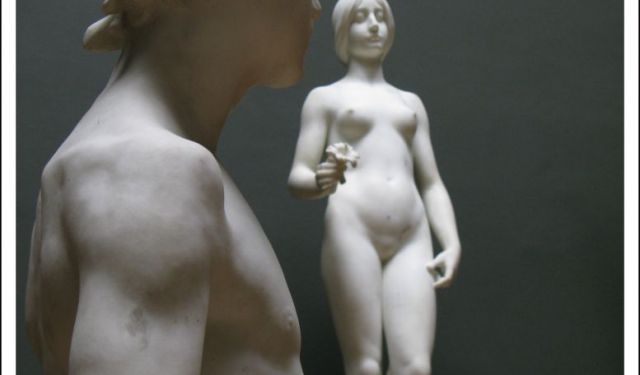 Image by Martin Beek on Wikimedia under Creative Commons License.

Visit the famous home and studio of Peter Paul Rubens and see the works of this unsurpassed master. Admire Northern Renaissance art at Mayer van den Bergh Museum. Discover new depths of 14th century art at the Royal Museum of Fine Art and observe the evolution of fashion at the unique Mode Museum.
How it works: Download the app "GPSmyCity: Walks in 1K+ Cities" from iTunes App Store or Google Play to your mobile phone or tablet. The app turns your mobile device into a personal tour guide and its built-in GPS navigation functions guide you from one tour stop to next. The app works offline, so no data plan is needed when traveling abroad.

Image by Klaus Graf on Wikimedia under Creative Commons License.
2

Editor's note: MoMu is closed for renovation and will reopen in Autumn 2020.

The MoMu-Mode Museum is yet another museum whose theme is sure to garner lots of interest as well as visitors. A unique museum that is especially dedicated to clothing, apparel and fashion, the MoMu Museum manages to enthrall an ardent fashion critic and follower as well as a fashion atheist. Touching a wide array of subjects, the exhibits manage to provide a unique insight about the cultural and societal influences of clothing and fashion along with historical account of the various changes that were brought about in the world of fashion.

Located perfectly at the heart Antwerp’s fashion destination, the ModeNatie, the Museum is next door to the Flanders Fashion Institute, the fashion department of the Royal Academy of Fine Arts. Open since 2002, the Museum is a proud owner of more than 25,000 objects. With exhibits that display the delicate craftsmanship of the region, the Museum also showcases gorgeous garments, exotic fabrics, tools and machines, shoes laces and other accessories that are the key ingredients for a perfect look. Apart from that the Museum also possesses rare antique garments that date back to the 16th century along with contemporary modern apparels. Another unique feature of this splendid museum is its contemporary architecture and interiors. Designed by Belgian architect Marie-José Van Hee, the MoMu Museum is a must visit in Antwerp.
Image by desmeki on Flickr under Creative Commons License.
3

The Museum Mayer van den Bergh is actually a personal collection of Fritz Mayer van den Bergh, the man who spent his life collecting exquisite and unique artwork. Bergh belonged to an aristocrat family and was destined for a career in diplomacy. An admirer of art from a very young age, Bergh invested in numerous paintings and sculptures. Sharing his interest was his mother, Henriette van den Bergh, who was also responsible for making the Museum available to the public in 1904.

Housed in the most elegant Neo-Gothic house, the museum boasts a rich collection of Northern Renaissance art, as well as artwork from the Gothic era. One of the main reasons the Museum has gained a lot of popularity is the collection of paintings by Pieter Brueghel the Elder, a Flemish painter and paint maker who was best known for his paintings depicting glimpses into the everyday lives of peasants, and breathtaking landscapes.

In fact, the popularization of Pieter Brueghel the Elder is credited to Bergh who was amongst the first to rediscover and generate interest in the work of the artist. The Museum stands to illustrate the keen appreciation and eye for detail that Bergh had, as each exhibit leaves its visitors yearning for more.

Known for his Counter Reformation portraits, landscapes and paintings, Sir Peter Paul Rubens was a Baroque painter, book illustrator and a diplomat during the early 1600s. The Rubenshuis is a city of Antwerp-owned and curated building that Rubens designed himself and spent most of his lifetime in.

Located on 9, Wapper Street, Rubens purchased this house in 1610 and added a gallery, porch and a large studio in Greco-Roman classic styles and a hint of Italian Renaissance to the structure. Within the walls of this house, Rubens and his students, such as Anthony Van Dyck and Jacob Jordaens, created most of their works. Rubens’ work is categorized by various stages of productivity of his own life. However, all of Rubens’ work that is displayed in the House today came back only after great efforts were put in by the people of Antwerp once it was decided to make the building into a monument in 1937.

The Rubens House is home to paintings such as St. Claire of Assisi, The Annunciation and Adam and Eve made by the great painter himself in addition to the works of other contemporaries of his time. The House also displays various objects of art from the 17th century giving the visitor a peek at the lavish lifestyles of those times. The Renaissance Garden which was renovated in 1993 takes inspiration from Rubens’ paintings and must not be missed.

The Museum aan de Stroom (MAS; Dutch for "Museum at the current") is a museum located in the Eilandje district of Antwerp, Belgium, opened in May 2011. The 60 metre high MAS, was designed by Neutelings Riedijk Architects. The façade is made of Indian red sandstone and curved glass panel construction. The MAS houses 470,000 objects, most of which are kept in storage. The first visitor's gallery is the "visible store", which contains 180,000 items. The main themes of the MAS are Metropolis, Power, Life and Death, and Antwerp's long history as a major international port. The museum is committed to informing the public using new media and has placed QR codes on most objects that link to website information in five languages: English, Dutch, French, German and Spanish. From March to June 2013, an exhibition titled Bonaparte at the Scheldt, was staged at the MAS. The exhibition commemorated Napoleon Bonaparte's involvement with Antwerp from 1803.