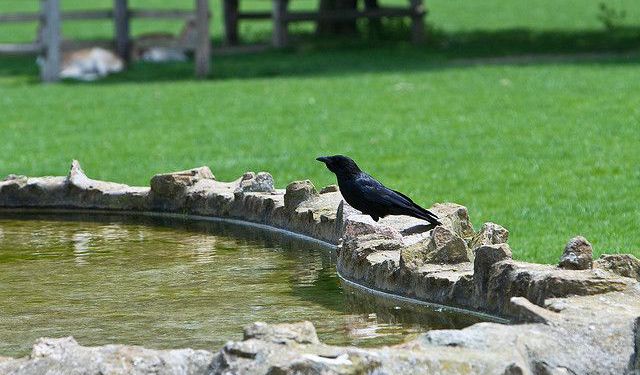 Lyon is an interesting destination not only for adults, but for kids as well. Parents that decide to take their children to Lyon will not regret it. There are a number of family-oriented places to visit, including beautiful gardens, fascinating museums, sports clubs and more. Take this tour to discover the most interesting places to visit with your kids in Lyon.
How it works: Download the app "GPSmyCity: Walks in 1K+ Cities" from iTunes App Store or Google Play to your mobile phone or tablet. The app turns your mobile device into a personal tour guide and its built-in GPS navigation functions guide you from one tour stop to next. The app works offline, so no data plan is needed when traveling abroad.

There are a lot of interesting vestiges of ancient Lyon to visit and one of the best of them is the Amphitheatre Gallo-Romain at the foot of the Croix-Rousse Hill.

The theatre, which was first built in around 19AD, during the reign of Emperor Tiberius, was also called the Amphitheatre des Trois Gaules, as one of its purposes was to serve as a federal sanctuary of the Three Gauls. Each tribe was represented, which helped keep them loyal to the Roman emperor.

Other than that, the theatre was used as were all such places in Roman times – as a place of entertainment. Plays were put on and famous battles or important events were acted out. The theatre was also used for public executions.

The original amphitheatre wasn’t very large; it had room for about 1800 spectators. The basement was made up of three elliptical walls joined by cross-walls and a channel around the oval central space.

In around 230 the theatre was enlarged, with two new galleries being added, bringing the seating area up to 20,000 places. At the end of the Gallo-Roman era the theatre was abandoned and fell into ruin, with parts of it being built on.

Archaeological digs between 1956 and 1976 uncovered the remains that you can visit today in the Jardin des Plantes.


Image by patrick janicek on Flickr under Creative Commons License.
2

Jardin des Plantes is a small garden where you can observe a wide variety of plants. The beauty of the garden and the scent of the flowers are truly delightful. Stroll through the garden with your family and enjoy the fresh air. It is a great place to teach small children about various plant species.
Image by Anjadora on Flickr under Creative Commons License.
3

UFCV organizes sports-centered trips and lessons for the children aged 4 to 18. Activities include diving, horseback riding, skiing, climbing, walking and more. There are experienced teachers that guide children in learning a particular sport. Join this organization in their mission to keep children healthy and active by signing up your child for an activity.
Image by chippenziedeutch on Flickr under Creative Commons License.
4

Musée International de la Marionnette displays puppets from France known as Guignol. These puppets have been created in Lyon since 1908. They were first made by Laurent Moutguet, who got his inspiration from street actors. This museum contains every model of Guignol puppets ever made.
Image by thivierr on Flickr under Creative Commons License.
Sight description based on wikipedia
5

Musée Cinéma et Miniature is a private museum created by miniaturist Dan Ohlmann. The museum showcases a wide collection of miniatures, over 100 different scenes. The museum also features an extensive collection of different movie props from many famous movies, this exhibition is one of the kind in Europe.

Jardin du Rosaire is a great place for the whole family to visit. The fresh breeze and calming green colors provide a relaxing atmosphere. This garden is particularly recommended for kids, as there are playgrounds for them to enjoy. There are also benches surrounding the playground area, so you can relax while keeping an eye on your kids.
Image by Anjadora on Flickr under Creative Commons License.
Sight description based on wikipedia