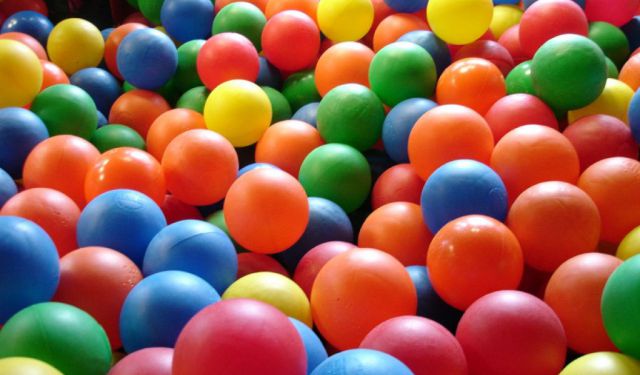 Image by Julie Kertesz on Wikimedia under Creative Commons License.

Children have great imaginations and are always full of ideas when it comes to entertaining themselves. Luckily, Buenos Aires offers some great children's entertainment spots so your kids will enjoy visiting the city as much as you will. This self-guided tour presents some of the most popular attractions for kids in Buenos Aires.
How it works: Download the app "GPSmyCity: Walks in 1K+ Cities" from iTunes App Store or Google Play to your mobile phone or tablet. The app turns your mobile device into a personal tour guide and its built-in GPS navigation functions guide you from one tour stop to next. The app works offline, so no data plan is needed when traveling abroad.

El Mundo del Juguete (World of Toys) is a store dedicated to supporting the growth of children with toys and accessories. The mission of the company, which was founded in 1981 and has since become a market leader, is to bring joy to children and their parents alike. Here you will find wildly entertaining and educational toys and games for children of all ages.
Image by falcon1961 on Flickr under Creative Commons License.
2

El Torre Monumental (fka The British Clock Tower) is an Elizabethan-style clock tower donated to Buenos Aires by the British after completing the construction of Retiro Railroad Station Complex. It commands spectacular views of the port and railway station from the top.

The British Clock Tower was designed by Sir Ambrose McDonald Poynter and built between 1910 and 1916. It was built by the construction firm, Hopkins and Gardom. The white Portland stone and Leicester bricks used for construction were shipped from England. The technical personnel was also sent from England to supervise construction. The architectural style is Palladian and is adorned with symbols of the British Empire. It is 247 feet high with eight floors.

The defeat in the Falklands war fostered resentment against this clock which suffered vandalism over the years. It still functions but is now surrounded by a fence and is not open for visits. It is located across from Plaza San Martin, which offers a great overview of the clock and the plaza where it is located. However, a relatively short walk down steps and across an avenue will provide a close-up view of the clock and the inscriptions on the tower.

Tip:
To get the best view, go up the steps alongside the Islas Malvinas-Falkland Islands War Memorial to the top of the hill. The vista all around is spectacular and you are at the edge of the beautiful trees of San Martin park/plaza.


Image by Miguel A. Monjas on Wikimedia under Creative Commons License.
3

Vasalissa Chocolatier is one of the best sweet shops in the city, selling only individually made treats. At this store you'll find a great variety of chocolate candies in different shapes, such as national symbols, famous tango shoes, hats, automobiles and hearts. With only products that are made of the best, most refined Argentinean chocolate, Vasalissa is a store where you're sure to have the sweetest experience.

Cebra is a major toy store in the city of Buenos Aires, with 19 branches throughout the city. The store carries an immense inventory of toys and games from around the world. One can find European, American as well as Asian toys alongside a most varied selection of locally produced ones.

The Recoleta Village is a popular theater and shopping complex in Buneos Aires. It is located near the embassies, the Barrio Norte, a wealthy neighborhood with upscale shops and restaurants.

The Recoleta Village is located opposite the walls of the Recoleta Cemetery. The theaters screen Hollywood blockbusters and films from Brazil, France and Spain. It has a quaint front plaza, a fountain and plenty of benches for tired shoppers to rest their feet. The ground floor houses restaurants with plenty of outdoor seating where customers can enjoy a snack or meal while watching the world go by.

The lobby of the building has a magnificent staircase that leads to the theaters. The lobby has a Cupside book store which is a branch of a popular book store chain in Buenos Aires. There are also pizzerias, cafes and bar type restaurants with indoor seating across the Cupside store. Movie tickets are sold upstairs and there are music shops and fast food restaurants include McDonalds on the upper floor. The theater sections offers a variety of viewing opportunities with 16 screens showing diverse movies in the upper three floors of the building. Popcorn, candy and other snacks enjoyed by movie goers are available on both floors. Village Recoleta is a popular Buenos Aires destination for movie goers and discriminating shoppers.
Image by flavouz on Flickr under Creative Commons License.
6

The environmental kinetic sculpture Floralis Genérica was a gift to the city of Buenos Aires by architect, Eduardo Catalano. It opens every day at 8 a.m. to symbolize hope.

Eduardo Catalano was born in Buenos Aires and commissioned the Lockheed Airplane factory to fabricate the large flower based on his design. It was his gift to the city of his birth. No particular flower is depicted and it is a generic floral design that symbolizes all flowers. It is 23 meters high and stands at the center of a park above a reflecting pool. The paths around the sculpture are designed to give different perspectives of the structure. It has six petals that are 13 meters long and 7 meters wide.

An electrical mechanism automatically opens (morning) and closes (evening) the Floralis Genérica. A red light glows from inside the closed flower. It opens again in the morning depicting renewed hope. The opening process takes 20 minutes. The petals are also closed when strong winds blow as a protective measure. On May 25th, September 21st, Christmas Eve and New Year's Eve, the petals remain open all night and are illuminated by red floodlights. Green lights illuminate the paths around the sculpture giving it a spectacular effect on these special nights.

Why You Should Visit:
To witness a unique example of what a modern sculpture can contribute to the beauty of a city.
Grand in scale, eloquent in design, photographs well. Lovely open parkland surroundings.

Tip:
Try to visit in the morning as the sun rises to see the petals open up.
Image by Jonathan Hood on Flickr under Creative Commons License.
7

The Japanese Garden is a tranquil green space in Palermo, Buenos Aires. The lush green garden has over 150 species of plants brought to Argentina from Japan.

The Japanese community of Buenos Aires established the five-acre garden in gratitude to the new nation where they made their home. It has all the amenities of a traditional Japanese garden including bridges, an artificial lake, a waterfall and a tea house. It was first laid in 1967 by the Japanese Cultural Foundation of Japan. The foundation maintains the garden till today. In 1977, it was redesigned by Japanese landscape artist, Yasuo Inomata based on the design of the Zen Gardens in honor of the visit of the Japanese Emperor to Argentina.

The Japanese Garden comprises a large artificial lake with bridges leading to small man-made islands. The lake has plenty of koi fish and the garden shop sells fish food for visitors who wish to feed them. The main island is the Island of the Gods. The curved Buena Ventura Bridge takes visitors to the Island. There is a monument to the immigrant within the garden and a large Japanese peace bell. There is also a Japanese restaurant and a tea house where Japanese cultural exhibitions, performances and events take place frequently. On weekends, tours are conducted to teach visitors the meaning and significance of a Zen garden.

Why You Should Visit:
To enjoy a Japanese culture sample in the heart of a Latin American city.
Good escape from the streets and plenty of areas to take photos.

Tip:
After a zen stroll, have lunch at the on-site restaurant (best by reservation). Not cheap, but the sushi quality is one of the best in BA.
Along with your meal, you will get to see displays of Japanese culture, art & clothing and to access a viewing balcony that overlooks the Jardín.

You want to get on the town? To feel the freedom of love pulsing in the air? Than Buenos Aires’ gay nightclubs are calling on you! It is the epicenter of the world’s nightlife; the music and entertainment never stop here! Don't leave the city before you visit at least all of these top attractions:

Over the course of the first half of the 20th Century, a new form of modern architecture emerged in Buenos Aires as a result of social and political changes. This modern architecture was encouraged by advances in technology and engineering. The style is typified by diversity of form, complexity of structure and the volume of metal and plastic used. There are many examples of such modern...  view more