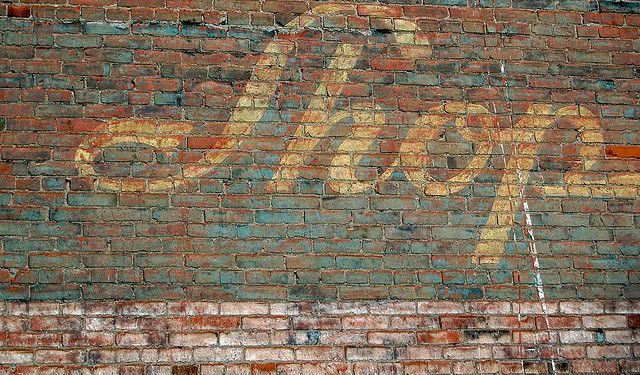 Image by tao_zhyn on Flickr under Creative Commons License.

Salt Lake City has something to please every shopper. Here you can purchase antiques, wine, jewelry, art and much more! Take this tour to visit the best shops in Salt Lake City, and find yourself a fabulous souvenir.
How it works: Download the app "GPSmyCity: Walks in 1K+ Cities" from iTunes App Store or Google Play to your mobile phone or tablet. The app turns your mobile device into a personal tour guide and its built-in GPS navigation functions guide you from one tour stop to next. The app works offline, so no data plan is needed when traveling abroad.

The Gateway District is a large open-air retail, residential and office complex. The complex is centered around the historic Union Pacific Depot in downtown Salt Lake City. It currently contains more than 105 stores and restaurants. The Gateway began as part of Salt Lake City's urban redevelopment project, and the first phase was completed prior to the 2002 Winter Olympics that were held in Utah. The first phase included 2.1 million sq. ft. of mixed-use development including the Gateway Mall, office complexes, the Northgate Apartments and the renovated depot. Other highlights include the Clark Planetarium, the Megaplex 12 at The Gateway, the Discovery Gateway Children's Museum, and the Salt Lake Tribune newspaper. Energy Solutions Arena is directly across the street.
Image by Apollomelos on Wikimedia under Creative Commons License.
Sight description based on wikipedia
2

O.C. Tanner Jewelry is Salt Lake City's premier jewelry store, which has been in business for almost a century. They offer a wonderful collection of fine diamonds and gifts. The store's professional staff is dedicated to helping you find just what you want. They also provide appraisal and repair services.
Image by Swamibu on Flickr under Creative Commons License.
3

Anthony's Antiques & Fine Arts is a family-owned business founded by Anthony Christensen in 1984. They stock a unique collection of artwork and antiques. The founder and his son-in-low deal directly with craftspeople, traveling around the world to find the best pieces on the market. Their collection contains paintings from the seventeenth to the nineteenth century, furniture, decorative art, and architectural pieces. Anthony's is the largest gallery in the region, so you will be sure to find something to suit your taste.
Image by frenchfinds.co.uk on Flickr under Creative Commons License.
4

Library Square Shops, located in the Public Library, promotes public access to pieces created by Utah artists. Here you can buy original artwork at a reasonable price. There is also a bookshop, comic store and coffee shop in the complex. Look for practical, educational products that celebrate reading, writing, and literature. Sales benefit the library.
Image by tvol on Flickr under Creative Commons License.
5

Trolley Square is a partially enclosed shopping center considered to be trendy and high-end. It is the second-most-visited tourist destination within Salt Lake City proper, with 30% of its customers coming from out of state. The center lies within close proximity to downtown Salt Lake City and the UTA TRAX light-rail system. Trolley Square is composed of barns that were built in 1908 to house Salt Lake City's streetcars. The streetcar system was dismantled in 1945, and the barns were converted into a two-story shopping center in 1972. The Trolley Square water tower is covered in red and blue neon lights, and it is a prominent feature of the Salt Lake City skyline, able to be spotted from miles away at night. Another prominent feature of Trolley Square is the sky bridge that connects the main building to a small parking lot located across the street.
Image by Paul Fisk on Wikimedia under Creative Commons License.
Sight description based on wikipedia