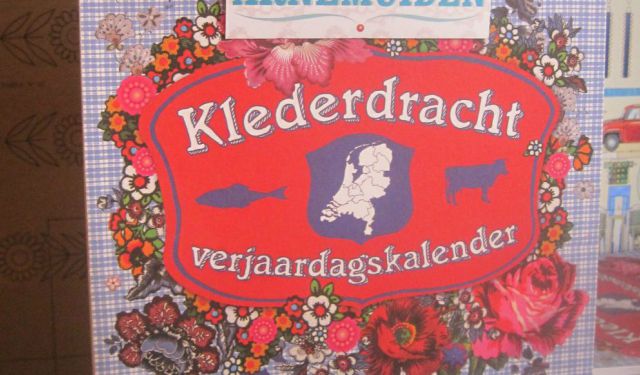 It would be a pity to leave Amsterdam without having explored its specialty shops and bringing home something truly original. We've compiled a list of gifts and souvenirs, which are unique to Amsterdam, that a visitor might like to purchase to reflect their visit.
Image Courtesy of Shoshannah Hausmann.
How it works: Download the app "GPSmyCity: Walks in 1K+ Cities" from iTunes App Store or Google Play to your mobile phone or tablet. The app turns your mobile device into a personal tour guide and its built-in GPS navigation functions guide you from one tour stop to next. The app works offline, so no data plan is needed when traveling abroad.

It is absolutely a fun experience to taste some of the finest Dutch cheeses, and the Reypenaer Cheese Tasting Room offers exactly that. The traditional aging process of Reypenaer cheeses is unique in the Netherlands. Since the artisan cheeses are matured in an entirely natural way, this process leads to a distinctive and rich taste with its mouth-watering aroma.

In the nice and cozy basement of the shop, you will compare the different cheeses and learn the processes to get different flavors, all under the guidance of a cheese expert. Each session lasts approximately one hour, with plenty of cheese and wine provided. All in all, a good opportunity to learn more about how to really taste and describe cheeses, and how to pair them with wine (the addition of wine changes their flavor). After the tasting, you will definitely want to take something home!

Amsterdam chocolatier Puccini Bomboni creates handmade bonbons in delectable flavors such as lavender, drambuie, vanilla poppyseed, and as far-reaching as marzipan currant to black pepper. Entering the elegant shop, the visitor is struck by the deep cocoa scent permeating the air and the beautiful, large truffles arranged artfully on the table, lauded as some of the best in the world.

The chocolate delights are handmade on-site and do not contain added preservatives. Each bonbon is made using sustainable chocolate (an important buzz-phrase these days) and only the finest natural ingredients. Choose a selection of bonbons to be packaged in a cellophane bag or pretty purple box. A perfect gift for those chocoholics!

Tip:
Be sure to purchase the chocolates shortly before you return home as they only keep for 7 days. That is, if they even make it to the recipient before you devour them yourself.

The Former Amsterdam Main Post Office, currently a shopping mall known as Magna Plaza, is a monumental, yet elegant 19th-century building located directly behind the Royal Palace in Dam square. Built in 1895–1899, the edifice features a mix of Neo-Gothic and Neo-Renaissance styles, and has been a rijksmonument – a listed national heritage site (one of the Top 100) in the Netherlands – since July 9, 1974.

The Amsterdam Post Office was designed by Cornelis Peters, and was meant to replace the Royal Post Office of 1854, which had served as a gallery shortly before being torn down in 1897. The brick exterior of the building is heavily and variedly decorated in polychromatic brick with details in dressed stone, including framing for all windows and doors. Across the roof edges are a large number of dormers, each with their own crow-stepped gable.

Due to the pear-shaped crowns on top of the towers, the building is colloquially referred to as “Perenburg” (English: pearburg). The interior consists of a central hall with galleries on two upper floors, surrounded by arcades and crowned by a sunroof. Originally, the public function of the building was limited to the ground floor, while the rest of the structure was accessible only to working personnel.

In 1987, Larmag, a Swedish real estate developer announced plans to re-purpose the building as a luxurious shopping mall. The construction started in February 1991, during which the exterior work was mostly limited to cleaning, repair and restoration of the facades, while the interior was completely rebuilt, maintaining the carrying structures and decorative elements. After renovation, the shopping mall Magna Plaza, named after Larmag's CEO Lars-Erik Magnusson, was finally opened to the public on August 17, 1992.
Image Courtesy of Flickr and Franklin Heijnen.
4

Mention Dutch beer and most people think of Heineken, a huge brand that is ubiquitous worldwide. As tasty as Heineken is, there are many other beers brewed in the Netherlands that are even more delicious!

A one-stop-shop for local and specialty beers, De Bierkoning is a charming beer shop/kingdom located in the center of the city that has been in place for many, many years. Spread over three floors, the shop carries a mindblowing selection of more than 1,000 Dutch and international brews and is nearly guaranteed to have whatever you may be looking for, as well as things you aren't likely to find again (cocoa beer, perhaps?).

The choice and selection of beer glasses and other accessories (mats, openers and the like) is outstanding, too. Prices are reasonable and the friendly staff can give some good advice on up-and-coming beers and those to look out for.

De Bijenkorf (literally, "The Beehive") right on the Dam Square offers a really excellent range of Dutch merchandise that includes the souvenir goods for the folk back home (postcards, tea towels, mugs, t-shirts, etc.) as well as things you might purchase to remind you of your visit on a daily basis, such as kitchenware and other useful household items, which are quite different and very attractive. One of the first department stores in Europe, the classic building is beautiful outside and in; a cultural attraction in itself.

Tip:
If you decide to visit, make your way to the top floor and you will find a delightful dining spot – part restaurant, part cafeteria – which is all fun and beautifully presented, with a nice view over the city.

When people think of Holland they often imagine windmills and wooden shoes. So why not bring home some custom clogs for your friends and family? De Klompenboer is a shop located in a former metro station that sells clogs in every shape and size, and a variety of colors and patterns. They also have a demonstration of clog painting on Tuesdays and Thursdays. You can find wooden clogs all over Amsterdam, but at De Klompenboer you can ask to have a custom design or name painted on the shoes.

Perhaps the 'klompen' are not so practical or comfortable to wear around town, but it is possible to put them to other use. Maybe a custom decorated clog could be used as a paperweight, as they are a bit heavy. Or a wooden shoe could be planted with a small plant, the flowers peeking from the heel. So charming! Numbers could be painted on the shoes and they could be hung on a wall to be used for a house address. Just use your imagination to turn something found in nearly every tourist shop in the Netherlands into something unique for your friends and family back at home.