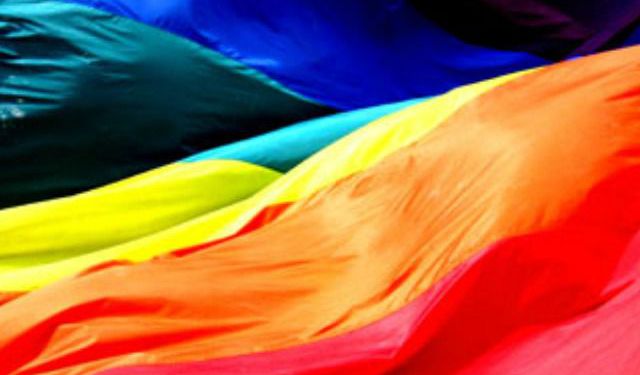 Image by essygie on Flickr under Creative Commons License.

The nightlife in Vancouver is diverse enough for everyone to find a suitable spot to relax and let loose. The gay and lesbian community certainly has a great selection of clubs and bars to choose from, all with great music and great drinks. Take the following tour to experience Vancouver's top rated gay clubs.
How it works: Download the app "GPSmyCity: Walks in 1K+ Cities" from iTunes App Store or Google Play to your mobile phone or tablet. The app turns your mobile device into a personal tour guide and its built-in GPS navigation functions guide you from one tour stop to next. The app works offline, so no data plan is needed when traveling abroad.

Celebrities is the club of choice for gay and lesbian clubgoers in Vancouver. It is by far the city's largest gay venue and hosts top DJ's from all over the world. Celebrities is equipped with the most modern sound and visual equipment to keep the music pumping all night long.
Image by brainchildvn on Flickr under Creative Commons License.
2

Davie Village (also Davie District or simply Davie Street) is a neighborhood in the West End of Vancouver, British Columbia, Canada. It is the home of the city's gay subculture, and, as such, is often considered a gay village or "gayborhood". It is centered on Davie Street and roughly includes the area between Burrard and Jervis streets. Davie Street - and, by extension, the Village - is named in honor of A.E.B. Davie, eighth Premier of British Columbia from 1887 to 1889; A.E.B's brother Theodore was also Premier, from 1892 to 1895. Davie Village banners on Davie Street lamppost. The sun banner was designed by artist Joe Average. The Davie Street Business Association coined the name "Davie Village" in 1999 and also commissioned banners from local artist Joe Average, which fly from lampposts along the street. The two-sided banners depict a rainbow flag on one side and a sun design by Average on the other. Many businesses and residents along Davie Street and in the West End generally also fly rainbow flags as a symbol of gay pride, and many of the covered bus stop benches and garbage cans along Davie Street are painted bright pink. Along Davie Street are a variety of shops, restaurants, services, and hotels catering to a variety of customers, as well as private residences. Davie Village is also home to the offices of Xtra! West, a biweekly LGBT newspaper, Qmunity (formerly the Gay and Lesbian Centre) which provides a variety of services for the city's lesbian, gay, bisexual, and transgender residents, and the Vancouver Pride Society, which puts on the annual Pride Parade and Festival.
Image by matwiemann on Flickr under Creative Commons License.
Sight description based on wikipedia
3

The Fountain Head Pub is another popular place that sits on the famous Davie Street. This venue offers great service, national and imported beers and an inviting atmosphere. The bar tends to get very crowded in the evening, so be sure to get there early.
Image by Yandle on Flickr under Creative Commons License.
4

PumpJack Pub is a casual and cozy neighborhood pub that opened in 2000. It has since formed a following that rarely skips a nightly visit. The bar offers a completely new list of cocktails and specialty drinks each night.
Image by ddb on Flickr under Creative Commons License.
5

1181 is chic gay lounge located in the heart of Davie Village. This venue is famous for its up-scale cocktails and welcoming staff. 1811 is a favorite spot of the most stylish and sophisticated gay locals of Vancouver.
Image by Urban Mixer on Flickr under Creative Commons License.
6

Score is a gay sports bar that opened in the downtown area of Vancouver in 2006. This bar is known for its fashionable gay clientele and great selection of drinks. It is a perfect place to get the party started.
Image by alex-s on Flickr under Creative Commons License.

Walking Tour of Yaletown in Vancouver

For many years Yaletown has been the thriving industrial heart of Vancouver. This area of the city looks unlike any other and is considered to be the home of Vancouver's "elite" society. This walking tour will take you to the most significant Yaletown spots.