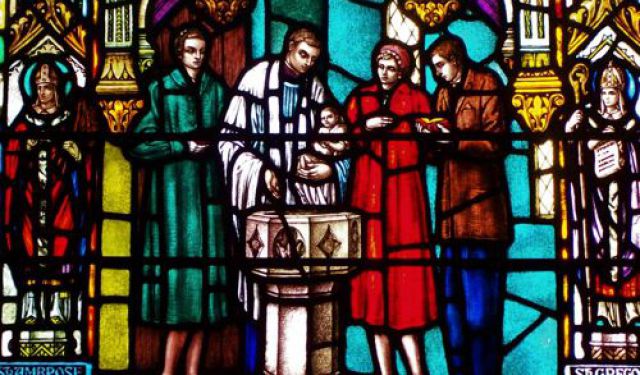 The churches of Memphis have seen much hardship, from slavery to racism to yellow fever epidemics, yet they have withstood these trials, as have the American people. On this self guided tour, you will some of the oldest and the most important churches in downtown Memphis.
How it works: Download the app "GPSmyCity: Walks in 1K+ Cities" from iTunes App Store or Google Play to your mobile phone or tablet. The app turns your mobile device into a personal tour guide and its built-in GPS navigation functions guide you from one tour stop to next. The app works offline, so no data plan is needed when traveling abroad.

Beale Street Baptist Church, also known as, First Baptist Church or Beale Avenue Baptist Church, is a historic building built on Beale Street by a congregation of freed slaves in Memphis. It was designed by the prominent Memphis architectural firm Jones & Baldwin, a partnership between Edward Culliatt Jones and Matthias Baldwin. Its foundation stone was laid in 1869, and it was constructed between 1871 and 1885. In the late 1880s, the church also housed the newspaper office of Ida B. Wells, the famous civil rights journalist. Over the years, Ulysses S. Grant and Teddy Roosevelt made visits to the church.

The structure was added to the National Register of Historic Places in 1971, and was included in an enlargement of the National Historic Landmark District of Beale Street in 1993.

Image by big_old_cat on Flickr under Creative Commons License.
Sight description based on wikipedia
2

St. Peter’s Catholic Church was the first Roman Catholic Church in West Tennessee. It was founded in 1840 and built between 1852 and 1855 by the descendants of the Shelby Early Settlers. Architect Patrick C. Keely designed the house of worship. It is one of the oldest surviving structures in Memphis. The church is located at the intersection of Adams Avenue and North Third Street.

The church design reflects a Gothic influence. A visit to the place of worship is worth it just to see the beautiful artwork, marble sculptures, and stained glass windows that compliment the vaulted Gothic ceilings and arches. Each piece of art tells a story about Jesus and his life. In addition, the church pays tribute to the Dominicans who helped them through the yellow-fever epidemics. Of special interest is the Stations of the Cross display located beneath the stained glass windows which shows Christ's suffering before his crucifixion.

Image by QueenOfDallas on Flickr under Creative Commons License.
3

The First Presbyterian Church, organized in 1828, became the second congregation in the young city of Memphis. In 1832, the city gave the church, as a gift, the site at the corner of Poplar Avenue and Third Street, where it stands to this day. The fate of this church closely parallels that of Memphis. The church’s early years of growth were broken off by the Civil War, then a yellow fever epidemic took the life of its pastor, the Rev. Henry Bowman, while he was ministering to the sick.

The current church building was built in 1884 after the original structure was destroyed by a fire and it is listed on the National Register of Historic Places.
Image by Kenneth C. Zirkel on Wikimedia under Creative Commons License.
4

The white-stone structure features an English Gothic design. One of the most stunning elements of the church is the altar, Constance and Her Companions, which pays homage to nuns and priests who died in the Epidemic of 1878.

Create Your Own Walk in Memphis

Creating your own self-guided walk in Memphis is easy and fun. Choose the city attractions that you want to see and a walk route map will be created just for you. You can even set your hotel as the start point of the walk.

If you're a music fan, visiting Beale Street, the cradle of Memphis blues, is a must! Running across Downtown from the Mississippi River to East Street for approximately 2 miles (3 km), the street is lined with a number of locations which left indelible imprint in the history of the city and that of blues music in particular. Take this self-guided tour and empathize with record producer Sam...  view more

One of the most iconic destinations in the United States, the city of Memphis has gone down in history for many different reasons. Set on a bluff over the Mississippi River, the site of today's Memphis has been settled for over a thousand years by various cultures, including the Indian tribe of Chickasaw. The latter encountered European explorers in the 16th century. In the 18th century,...  view more

Memphis is the city of Elvis Aaron Presley, known to most simply as Elvis, and it serves as a shrine of sorts to the King of Rock and Roll. Even though Presley died in 1977, his fans continue to flock to Memphis to pay their respects to the man and his music. Take this self-guided walk in the footsteps of Elvis Presley to view the house he lived in, visit the legendary Sun Studio where he...  view more

Downtown Memphis is the oldest part of the “blues city” located on the Mississippi River. To acquaint yourself fully with this neighborhood and in the shortest possible time, take this self-guided tour starting at the Fire Museum of Memphis, then head to the Peabody Hotel to see the "Peabody Ducks", visit an iconic movie palace, and then make way to other prominent highlights of...  view more

Taking this self-guided tour, you will become familiar not only with Memphis's most beautiful historic architecture, such as the Magevney House and the Mallory-Neely House, but you will also learn how to find your way around the asphalt jungle of downtown Memphis. 100 North Main and the Sterick and Dermon Buildings, the tallest buildings in Memphis, will become your guides as you navigate the...  view more