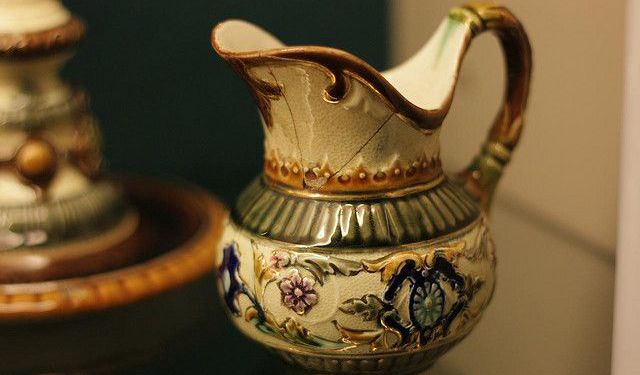 Image by yd on Flickr under Creative Commons License.

Turku’s foundation dates back to the end of the 13th century, making this important industrial and cultural seaport city the oldest in Finland. The city with the highest population in Finland until the end of the 19th century, Turku is also considered the city that has been in the heart of major historical events that influenced present-day Finland. Take this self-guided walking tour to discover Turku’s most exciting museums that depict the country’s and city’s glorious, historical past.
How it works: Download the app "GPSmyCity: Walks in 1K+ Cities" from iTunes App Store or Google Play to your mobile phone or tablet. The app turns your mobile device into a personal tour guide and its built-in GPS navigation functions guide you from one tour stop to next. The app works offline, so no data plan is needed when traveling abroad.

Sibelius Museum is settled in a landmark 1960s building and is one of the largest museums of musical instruments in Finland today. The museum exhibits an amazing collection of about 1800 instruments from around the world. The museum also features extensive memorabilia of the well-known Finnish composer Jean Sibelius.
Image by Alinja on Wikimedia under Creative Commons License.
2

Settled in the south gallery of the Cathedral, the Cathedral Museum is a fantastic opportunity to travel back in time to the 14th century. Visitors can see models and objects that are showing different stages of the Cathedral construction, as well as Medieval sculptures of saints, holy vessels, textiles, silver artifacts and various valuable religious paraphernalia.
Image by Gregory Parks on Flickr under Creative Commons License.
3

Image by wheany on Flickr under Creative Commons License.
Sight description based on wikipedia
4

The area of the museum was the only old residential area left in 1940, when the museum was opened. The location was the largest area to completely survive the Great Fire of Turku. Contemporary handicraft items are presented. The museum received the Golden Apple international tourism award as the only site in Scandinavia in 1984.

Image by raisin bun on Wikimedia under Creative Commons License.
Sight description based on wikipedia
5

5) The Biological Museum (must see)

Founded in 1907, the Biological Museum is a museum of natural history. In this lovely museum, visitors can see fascinating exhibitions of animals and plants that live and grow in Finland and that are beautifully displayed in thirteen thematically-arranged viewing areas. The museum welcomes school groups as well as university students and provides educational activities.
Image by RuTemple on Flickr under Creative Commons License.
6

The Pharmacy Museum is settled in the Qwensel House, the oldest bourgeois house in Turku, built in 1700. In the 19th century, there was a pharmacy in the shop wing of the house. The pharmacy museum has herb and material rooms and an office area that includes Finland's oldest pharmacy and two laboratories. The museum exhibits fascinating Åke Lydman's collections of pharmacy tools. A pharmaceutical research laboratory and exhibition of history of medicine-making can also be found here.
Image by erno on Wikimedia under Creative Commons License.
7

Kui Design is a unique accessories and textiles shop situated on the bank of Aura River. The shop offers an exclusive collection of hand-made products of different, good quality materials and colours made by young, local designers. Here visitors can buy attractive bags and pouches made from ecological cotton, gift packages, accessories and other interesting items suitable both for gift ideas or daily use.
Image by Kui Design under Creative Commons License.